Egyptian mom lives as a man to support her family (PHOTOS)
Transition to womanhood: Wild rites of passage for girls around the world

Invisible people: Living a homeless life in the US

Well over half a million people were homeless on any given night in the United States in 2018. A report by the Department of Housing and Urban Development revealed about one-third had to sleep outside or in places not suitable for living. Others stay in shelters or temporary accommodation such as at a friends’ or family’s home. 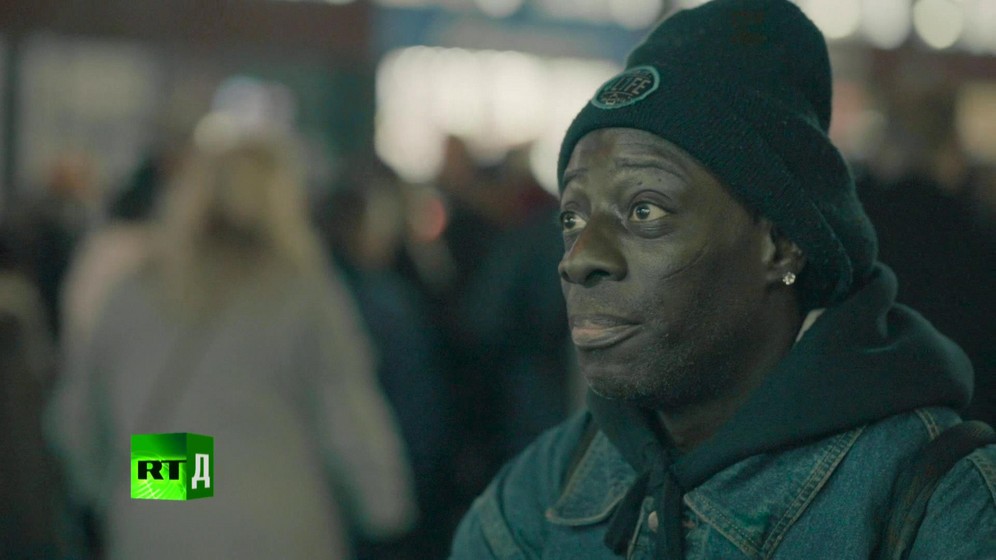 Paul Alexander, 51, has lived on the streets of New York for more than ten years. / A still from Black Lives: Liberty Maze / RTD

Although the number of homeless across the country has dropped over the past twelve years, the scale of the crisis and its persistence are especially visible in the US two biggest cities, New York and Los Angeles. You can see homeless people almost everywhere: on the sidewalks, in the metro, parks, upscale districts and near city landmarks.

They end up without a roof over their head for various reasons. It can be due to eviction, losing a job, low wages, poverty, natural disasters, physical or mental disabilities, substance abuse, or merely unaffordable housing.

For Paul Alexander, a homeless man from New York, his wife’s death in 2006 started him drinking and using drugs “on a daily basis”, and he began having mental problems. Two years later, he found himself homeless and has lived on the street ever since.

While substance and alcohol abuse cause homelessness, it’s also a common consequence of it. Rough sleepers turn to alcohol and drugs to seek comfort from the stress and isolation of living on the street. Some develop mental disorders alongside alcoholism and addiction.

For many, like Paul Alexander, it’s difficult to get back on track once they become homeless. More than 80,000 people were chronically homeless in 2018 meaning they’ve spent more than a year without a permanent place to sleep every night.

Although there are thousands of shelters across the country, they can’t accommodate all, and a lot of homeless people tend to avoid staying in dormitories after having had bad experiences. “People would rather stay on the street. Because people be getting raped in the shelters, they get robbed,” says another homeless man named Victor. “You gotta sleep with one eye open and one eye closed,” he adds. Those staying outside are also more likely to fall prey to violence, theft and sexual assault.

Living on the street also entails significant issues such as having no access to toilets or showers, as well as health care. The average life expectancy among the homeless population ranges between 42 and 52 years – a stark difference compared to 78 years for Americans in general.

The government is trying to get people off the streets with a host of solutions, including adding more shelters and building more affordable housing. While hostels are helpful in the short term, they are expensive to operate and less effective than giving a permanent home to the homeless. Numerous reports highlight putting people in housing can dramatically reduce the number of chronically homeless and help them abandon the streets for good.