No laughing matter: Why we find clowns scary
Leech smartphone designer:“ The more time you spend online, the more blood will be consumed.”

New generation killer mutant tick on the loose in Siberia

Scientists from the Russian Academy of Science have identified a new tick in the forests around the city of Novosibirsk in Siberia. First spotted in 2009, genome sequencing has confirmed it's neither the Taiga tick nor the Pavlovsky tick but a hybrid. Frighteningly, it has inherited both of its parents' capacity to do severe damage.

The taiga tick – Latin name Ixodes persulcatus – used to be dominant in the taiga and pre-taiga regions of Russia, and it can do serious harm.

It's a carrier of the virus that causes tick encephalitis, whose complications include meningitis. The disease is incurable, and there is no specific drug therapy, only steroids can alleviate symptoms. Tracheal intubation and respiratory support may be necessary. According to the CDC, "the Siberian subtype of tick encephalitis has a case-fatality ratio of 6%-8%". It causes long-lasting to permanent neuropsychiatric problems in 10-20% of infected patients.

As a parting shot, 30-40% of ticks in Russia are carriers of borrelia, the bacteria responsible for the dreaded Lyme disease. If untreated, this can cause arthritis, facial palsy, inflammation of the brain or severe headaches.

The closely related Pavlovsky's tick – Latin name Ixodes pavlovskyi – is a carrier of the same diseases. Scientists from Tomsk State University claim that Ixodidae ticks can carry around 30 diseases, including West Nile fever, which was thought to be transmitted only by mosquitoes. The conditions they carry are also harmful to dogs. Both Taiga and Pavlovsky's ticks like the same habitat of deciduous and mixed forests, forest river valleys and streams. Both reach peak activity in May-June.
The problem is that Pavlovsky's tick needs less blood than its Taiga cousin for reproduction and thus feeds on smaller animals, such as birds, that live in close contact with people. In contrast, the Taiga tick needs large animals such as elk, to reproduce, which tend to live in more remote areas. Thus Pavlovsky's tick tends to attack people more.

But how did they become an item?

Pavlovsky's tick used to be rarely seen in the forests around Novosibirsk, preferring the foothills of Primorsky Krai, the hilly plains of the Altai and Salair Ridge. However, since the turn of the century, it's been frequently spotted around Novosibirsk, and around Tomsk.

Pavlovsky's ticks may have been carried to Novosibirsk by birds.

"It's possible the hybrid came about because both types of tick live side by side on one territory, as in the Primorsky territory. However, I must point out that there are very few hybrids there, and in the Altai, there aren't as many as here in the Novosibirsk Region. Also in the 1930-1970s, next to Akademgorodok (a district inside Novosibirsk) there were anti-tick clearance operations, maybe that's when the Taiga ticks were kicked out, and, while the habitat was empty Pavlovsky's tick moved in. Then after a while, the Taiga tick was as numerous as before the clearances, and a crossing occurred", Nina Tikunova, head of the molecular microbiology laboratory of the Institute of Chemical Biology and Fundamental Medicine of the Siberian Region Russian Academy of Science, told Science in Siberia.

"Then, having met in one area, or even, most probably, in one animal, these two types produced a hybrid". 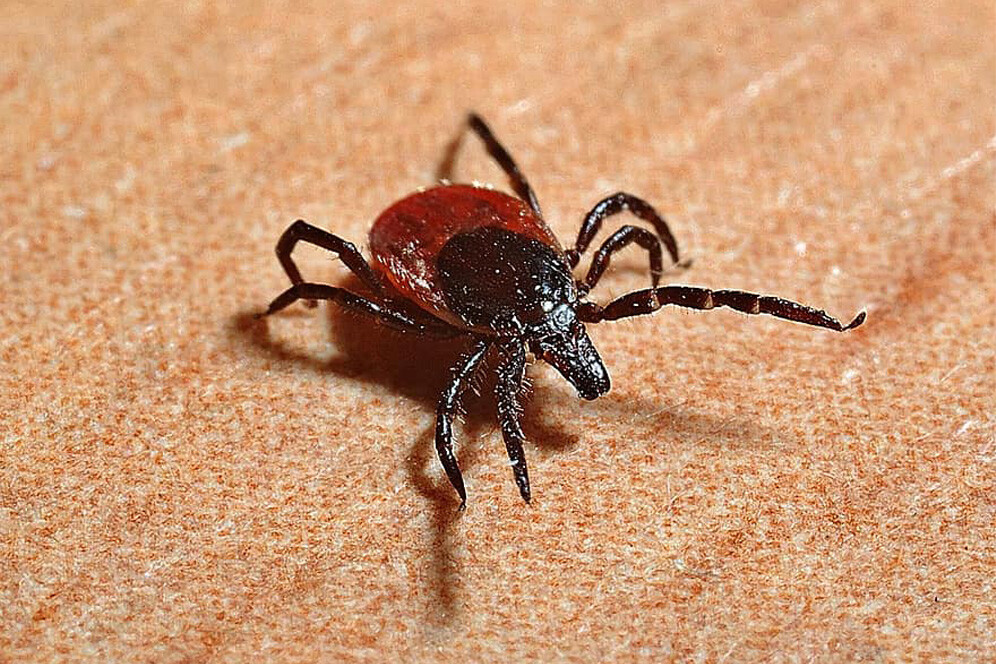 "What's very important is that it turned out to be fertile. Most likely, the reason is that in one of the hybridisations, a very fortunate combination if genes occurred", Nina Tikunova points out.

These hybrids can thrive in environments that suit either of their parents.

For this reason, scientists are monitoring the mutant monster with great interest, to see how far it spreads, and what diseases it passes onto humans and animals.

"When viruses enter a new habitat, introgression can happen, that is the exchange of genetic material. The result is that new variants of a virus appear that lose some old properties and acquire new ones, for example, their ability to cause disease or the way an illness progresses within a person. Therefore, it goes without saying, hybrid ticks require special attention", the head of the Biodiversity Monitoring Laboratory at the Biology Institute of Tomsk State University, Nina Moskitina, explained to Novosibirsk Komsomolskaya Pravda.

To avoid getting infected, doctors recommend avoiding forest walks in the ticks' high season. If you still want to risk it, you need to be covered entirely, with your shirt tucked in your trousers, and the pants tucked in your socks. Light coloured clothing is recommended, so the ticks are more visible when you and your walking partners inspect each other every thirty minutes.

A toxic spray should be used on clothes, which is more effective than using repellent on your skin. If a tick bites, you should remove it very carefully and keep it alive in a jar, or deep-frozen, for lab tests.