Racism no longer for sale: How brands struggle to adjust to the new BLM reality
Cancellations, unemployment and obscure future: Hollywood in the time of Corona

Floods after Pestilence: Will the Three Gorges Dam protect Wuhan from major flooding?

The Three Gorges Dam has been tested to the limit by unrelenting rainfall in the Yangtse Valley since June. On 22 July, the water level in the world's biggest reservoir was just 11 metres short of the dam's maximum 175m level. This means that the Three Gorges Company will have to release billions of litres of water downstream, potentially flooding an area that's home to 45 million people, including long-suffering Wuhan.

The Three Gorges Dam is the largest hydroelectric project in the world, it's 2.3km long and 185m high, spanning Asia's longest river, the Yangtse, that crosses central China from West to East. Its reservoir covers 1.084 square kilometres, an area larger than Luxembourg. Construction began in 1992 and was finished in 2006.

The Three Gorges Dam is part of a system of dams up and down the Yangtse river basin. They were built to generate electricity but also to mitigate the flooding that has caused death and destruction throughout history, most notably in 1931. According to the official report, 140,000 people drowned and 2 million in total died from drowning, disease and starvation. 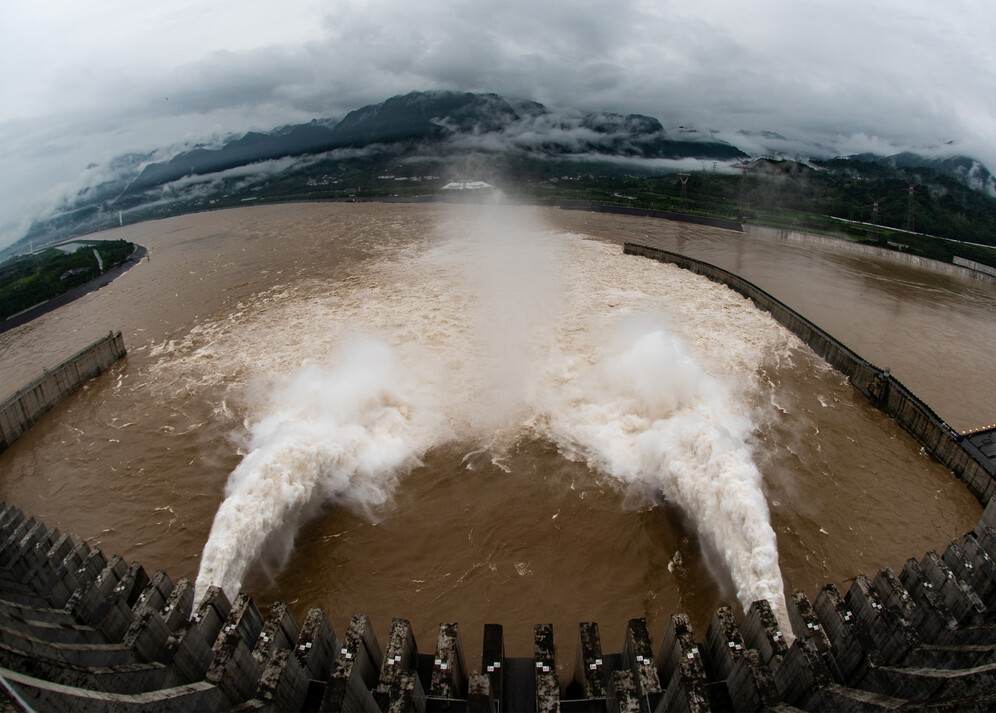 The Three Gorges Dam has released water three times since the floods began, this time on 17 July. / Credit China Daily via Reuters

This June, excessive rainfall started to raise the level of the rivers and dams in the Yangtze basin. On 29 June, the Three Gorges reservoir build-up was such that the Three Gorges Corporation released billions of litres of water downstream, to make space for further rainfall. Other dams along the waterway also had to be purged, resulting in local flooding.

Then, on 18 July, while inflow reached 61,000 cubic meters per second, the Corporation set the outbound outflow at just above half that.

The rain is not abating though, so the Corporation will have to continue its balancing act by regulating the up and downstream flows of water.

Critics complain that the Chinese authorities are sacrificing the homes and businesses of poor rural inhabitants to protect cities and give them time to build up their flood defences. However, even Wuhan, a city of 11 million that lies 250km East of the Three Gorges Dam on the Yangtse River, has already experienced flooding, with parts going underwater in June. 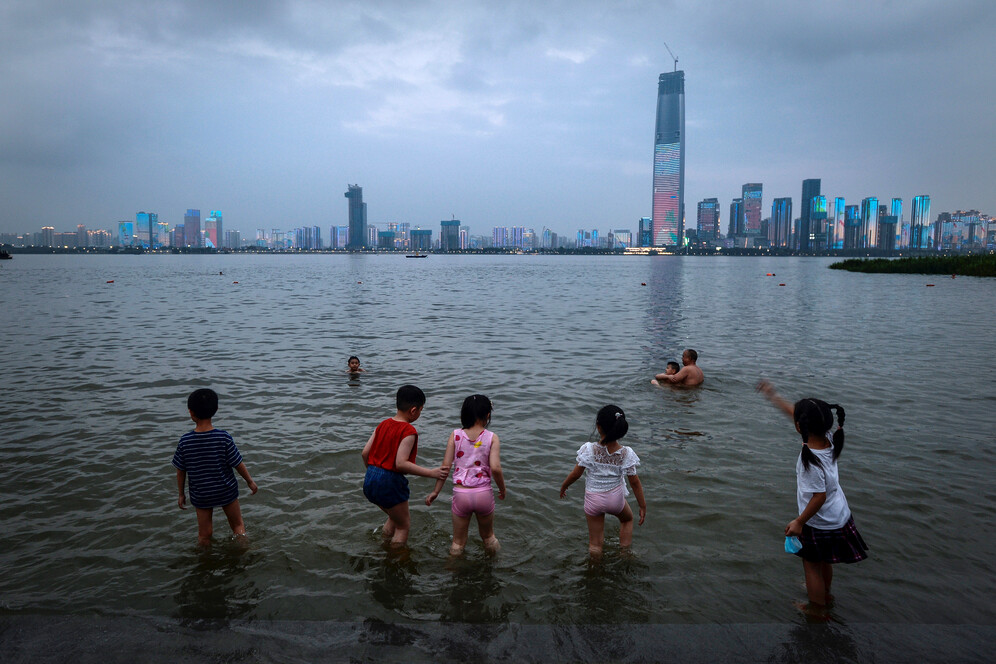 On June 29, the Yangtse river in Wuhan had risen perilously, threatening the city with severe flooding. / Credit China Daily via Reuters

Flooding in the region also threatens the worldwide fight against COVID, since it is one of the main manufacturing areas for the personal protective equipement used in the United States.

Sensationally, one retired Indian Army colonel specialising in open source intelligence claimed, on the basis of satellite pictures, that the dam's floodgates had opened earlier than was officially acknowledged in JUne. He told Taiwan News that this was "so that all evidence is washed away before the WHO representatives visit the Wuhan hospitals and lab." Some claim to have detected deformities in the dam wall. 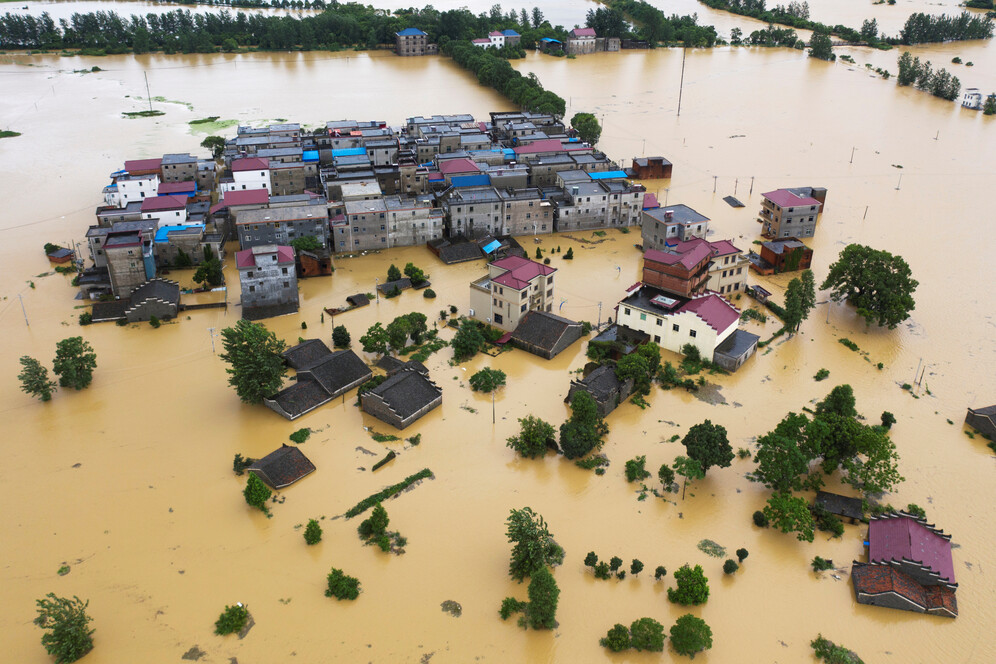 As a result of the exceptionaly heavy rainfall, towns and villages across the Yangtse basin have experienced flooding. / Credit cpn via Reuters.

However Corporation representatives such as Zhang Shuguang, director of the Three Gorges Corp's Hub Management Bureau, said "nothing could topple the dam in the next 500 years and that not one of the 12,000 sensors fitted throughout the humongous concrete barrier had ever flashed red on the central control panel", according to Asia Times.

It is unlikely the dam will collapse, but this may not be enough to protect Wuhan entirely.