“Santa Claus is (still) coming to town…”: 5 COVID Christmas traditions to start and keep
Anneliese Michel: How a girl believed to be possessed underwent 67 exorcisms

You may wonder how anyone can believe in what tarot cards say when we live in a world of 99.99% accurate genetic tests, well-developed psychology and overall scientific progress. But it’s becoming more and more evident people are quick to turn to witchcraft in times of trouble or uncertainty, whether it is an old fashioned crystal ball or an online fortune-telling session.

The UN Office of the Higher Commissioner for Human Rights warns about the rising levels of harmful practices, including accusations of witchcraft during the COVID-19 pandemic. A recently-opened investigation by London’s Metropolitan Police backs this concern — Great Britain and other countries have seen a rise in accusations of witchcraft that are usually launched against the most vulnerable members of society, including children. About 2,000 children were endangered, as they were blamed for the COVID-19 outbreak and condemned as witches. The suspicions have already caused several child deaths in the UK this year. 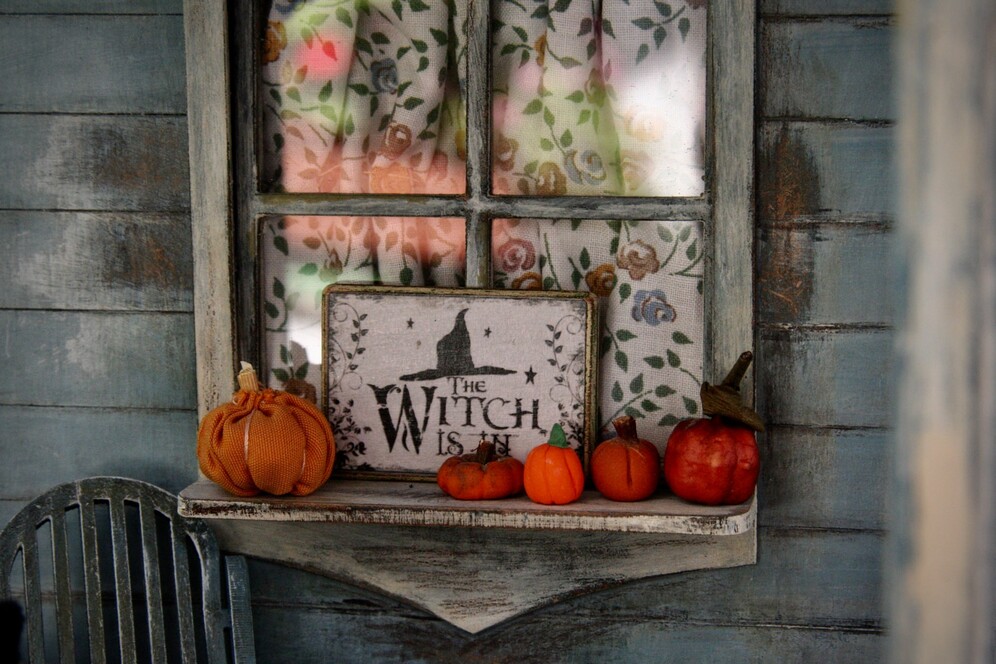 According to Andrew Willford, Professor of Anthropology at Cornell University, the modern pandemic and the witch-hunting panics in Medieval Europe have some essential features in common. / Bee Felten Leidel via Unsplash

When something bad happens, people naturally need to find a scapegoat to blame and get emotional relief. But it is not easy to find one when they do not understand the origin of their misfortunes. Often a medieval person was faced with a challenge of an unclear origin; they would blame witches. People today also have to deal with an unfamiliar challenge. Their enemy — the virus — is invisible to the human eye and, even though the pandemic has been here for almost a year, we still cannot say much about it for sure. Thus, our minds seek to find a tangible scapegoat responsible for the unfortunate 2020.

Magic as the cure

But while some people shift the blame on witches and make their children undergo exorcisms, others turn to the magic forces for help and mental relief. Interest in witchcraft and astrology seems to have been rising steadily since the onset of the pandemic. And lockdowns are not a problem — witches and magicians followed the example of economic giants like Google and Apple and were one of the first to switch to remote work. From coven meetings and face-to-face fortune-telling sessions, they moved to Zoom and TikTok, entering the new era of magic — the magic online.

In her research, Dr Giora Keinan, a Tel Aviv University professor, showed people tend to believe in magic more when they feel most helpless. She sent questionnaires to 174 Israelis after the Iraqi Scud missile attacks of the 1991 Gulf war. Those who reported the highest level of stress and anxiety were also the most likely to believe in premonitions signs, like “I have the feeling that the chances of being hit during a missile attack are greater if a person whose house was attacked is present in the sealed room,” or “To be on the safe side, it is best to step into the sealed room right foot first.” 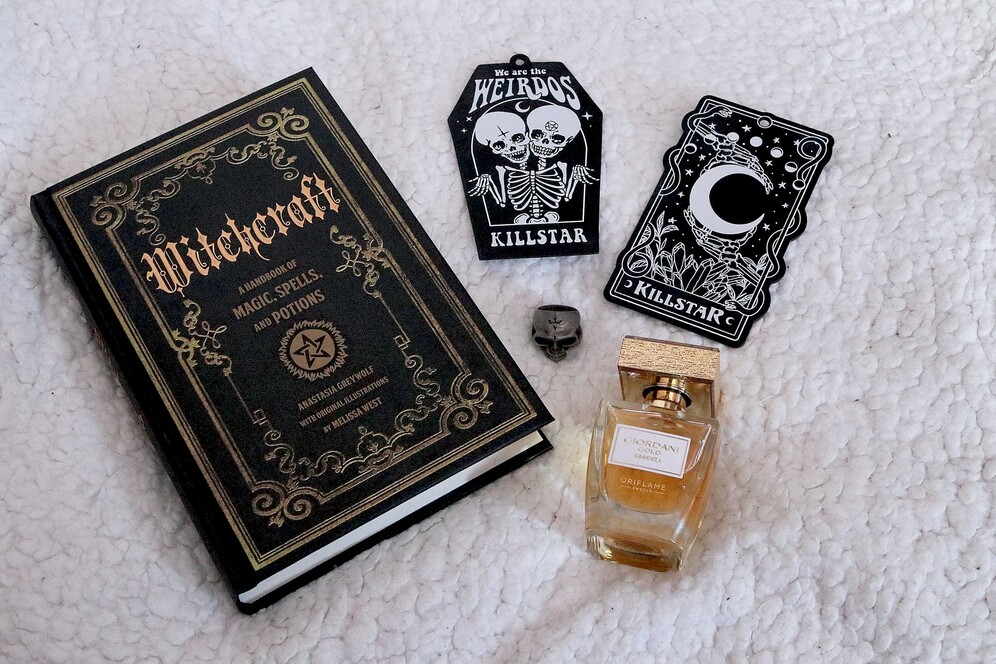 The health threat posed by the spread of coronavirus, the concerns about the repercussions of the disease itself and the “collateral damage” it caused to every aspect of life represent a substantive stress source.

Magical practices were already on the rise before the pandemic. According to a Trinity College of Connecticut survey, the number of Americans who believed in Pagan Witchcraft — the modern witch religion — skyrocketed from 8,000 in 1990 to 340,000 in 2008. In 2019 there were 97, 063 registered psychic businesses in the US alone. The industry had grown by 52% between 2005 and 2015.

Among the most popular psychic services are TV programmes like Britain’s Psychic Challenge or Psychics Among Us in which witches and warlocks help solve people’s problems. Some other magicians turned out to be even more technologically advanced and benefit from the endless possibilities of YouTube. They animate live or recorded YouTube magic sessions. Collaboration with popular YouTubers like Tyler Oakley or Colleen Ballinger allow them to boost their popularity and find new devotees seeking emotional relief or cope with a personal drama. 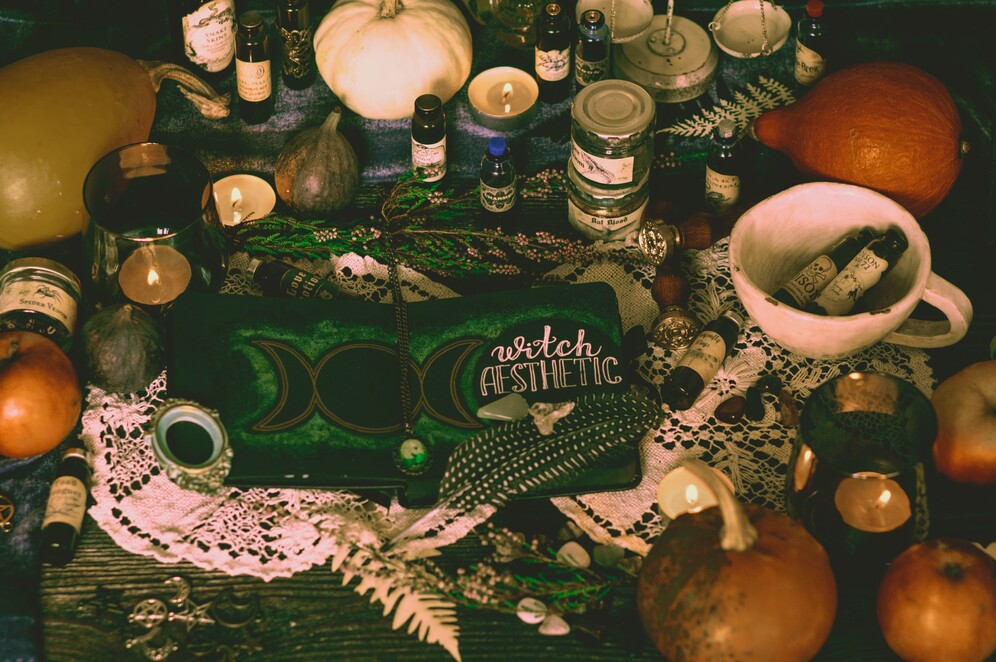 Aside from the fans of TV and YouTube magicians, there have always been many witchcraft enthusiasts who would go on retreats to Latin America, India, and Bali for healing and magical help. /Elena Mozhvilo via Unsplash

People would participate in cleansing rituals, have their future predicted and their energy replenished by all sorts of clairvoyants and shamans. With the onset of the pandemic and the closure of state borders, these people are forced to look for other ways to get magical help. Instagram, TikTok, and messengers have become the main seats for their coven meetings and spell removal sessions.

Tik Tok has been especially popular in this area — it has thousands of videos with random predictions made via tarot cards or just quotes synced with celestial music. In early 2020, TikTok’s #witch hashtag has gained more than 585 million views — click this hashtag and you will find yourself in a vibrant community of witches and psychics streaming tarot readings, magical rituals and educational videos on how to use magical crystals.

“On TikTok, it’s quick tips and things that anyone can do. It also humanises witches. There’s a lot of negative stigma surrounding witchcraft and witches, but with TikTok, I can show the more personal side of myself, like being a mother,”

Though TikTok is not the only platform used by today’s witches, its algorithm makes the service a haven for wizards and fortune-tellers. TikTok content is based on 15-second videos, often paired with music, that can be imitated by other users so that their videos are always shown together with the original. 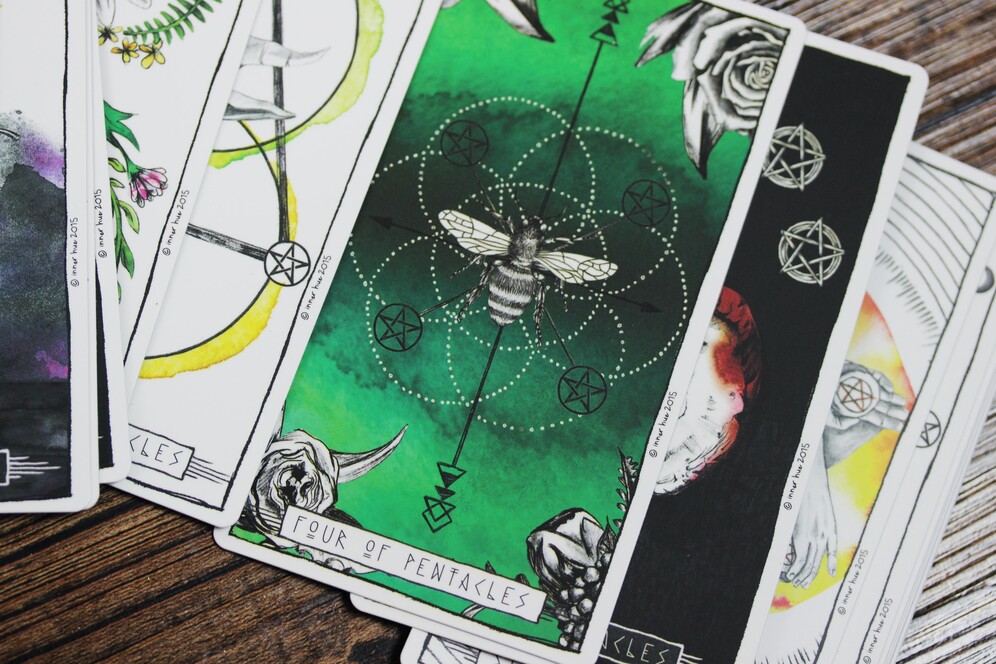 Furthermore, the TikTok algorithm randomly selects videos which it deems appropriate or interesting for a particular viewer scrolling the feed, so these videos appear like an actual call of destiny. Taro specialists and other prophesiers use this technology./Jen Theodore via Unsplash

A widespread TikTok fortune-telling trick is to make several videos with different predictions and claim that whichever of these predictions first appears on someone’s feed will determine their future. Also, people who upload such videos usually do not use any hashtags to appear more random.

Much of the TikTok advantage for online witchcraft relies on #fyp — the For You page. It is the feed you first see when you open the app; it shows you a selection of recommended videos. But, unlike other social networks which trap you in an eco-chamber, based on your previous preferences, Tik Tok’s #fyp makes users familiar with the new content that might interest them.

“The For You page is a very important feature because it doesn’t make us live in a bubble,” Selby says. “Even though I’m a witch I’m not only showing on other witch’s feeds like you would on Instagram. It helps you reach people you normally wouldn’t. It’s nice to be on a platform that supports creators, and doesn’t just look at us like advertising opportunities.”

In June, Netflix introduced a “Guess Your Future” challenge on Tik Tok, where the future was “predicted” by choosing random scenes from Netflix shows. The users picked a show based on a “pick a number between” set up, then decided a season and episode. The selected scene contained the prediction. Though in most cases, the forecast was either ridiculous and absurd, or entirely irrelevant, when it happened it be relevant, it brought a lot of satisfaction.

If you are not a massive fan of TikTok but still want to know about your future, your career prospects or what your soulmate will look like, you can have your curiosity satisfied via Zoom call or WhatsApp correspondence. The price of these virtual encounters doesn’t differ from a face-to-face meeting, but, luckily for those interested, the results promise to be the same or even better.

“I will draw your future husband”, an Etsy ad says. Etsy offers users the chance to buy a drawing of their predicted soulmates. No meetings, no calls just pay and get it via email. There you may also get a 10-minute Zoom or Skype consultation with a psychic that promises to solve any problem.

And if you don’t want to get other people involved, you can practice magic yourself. There are many accounts on Youtube and Instagram where you can get tips and tricks on how to perform magic for yourself. While Katey Flowers’ YouTube channel offers plenty of tarot guides from basics to some advanced variations, Instagram provides e-courses on numerology and tarot reading both for newbies and seasoned professionals.

A panacea or a new diagnosis?

People get involved in magic activities to find consolation and relief. “The more frustrated people get, they do often turn to witchcraft, because they’re like, ‘Well, the usual channels are just not working, so let’s see what else is out there,’ ” Julian Diaz, a practising witch, told The Atlantic”. Today’s popularity of the occult services seems to be proof the witch channels are working.

Apart from helping other people raise their spirits, witches and warlocks find peace and harmony while performing their magic activities. “While on lockdown, I also like to take a more active role involving the world and witchcraft. In my own practice, a tarot card reading can be highly useful to ease my mind and strengthen my practice. For example, one of the most popular readings to do with tarot is to read the past, present and future of someone — or of a group of people. When I want to do a check-in with the cards, I do this reading for society or even the world,” writes Emily Pinigis, a college student and witch, in her blog. Nonetheless, some scientists raise concerns about the possible negative implications of the witchcraft boom./Shreyas Shah Ka via Unsplash

In his research on different magic practices in India, Professor Andrew Willford from Cornell University found beliefs in supernatural forces help understand human reactions to stress and trauma and lead to severe mental disorders. According to Willford, the possible rise of supernatural beliefs in the pandemic era can lead to finger-pointing — i.e. laying blame for COVID-19 on the supposed witches. The increase in witchcraft accusations and exorcism practices proves this hypothesis.

“The potential slippage of pandemic anxieties into something like demonologies only hasten more social distrust and anxiety, worsening an already serious mental health crisis. Valuable time and focus in combating the pandemic would be lost, as would the goodwill and unity of nations as fingers were pointed, fuelled by a witch-frenzied mob of conspiracy theorists operating through the shadows.”

It looks like there is nothing wrong with TikTok fortune-telling but if you wish to go further into the world of witches and devils — beware the possible repercussions. They say, we’d better not go too far — the line between supernatural order and mental disorder might sometimes be too thin. And it doesn’t seem like our world is ready for a madness pandemic.