The high price of cheap palm oil: nature and people on the brink of disaster

Orangutans are gentle and intelligent and are our closest animal relatives. Their name translates from the Malay as the ‘person who lives in the forest’. However, these magnificent creatures are rapidly vanishing from the rainforests.

In 16 years, more than 100,000 Bornean orangutans have died. The lush, verdant rainforests on the islands of Borneo and Sumatra have been turned into scorched peatland. On both sides of the Malaya and Indonesian border on Borneo swaths of habitat where orangutans and other species used to thrive is being destroyed to make way for sprawling oil palm plantations. 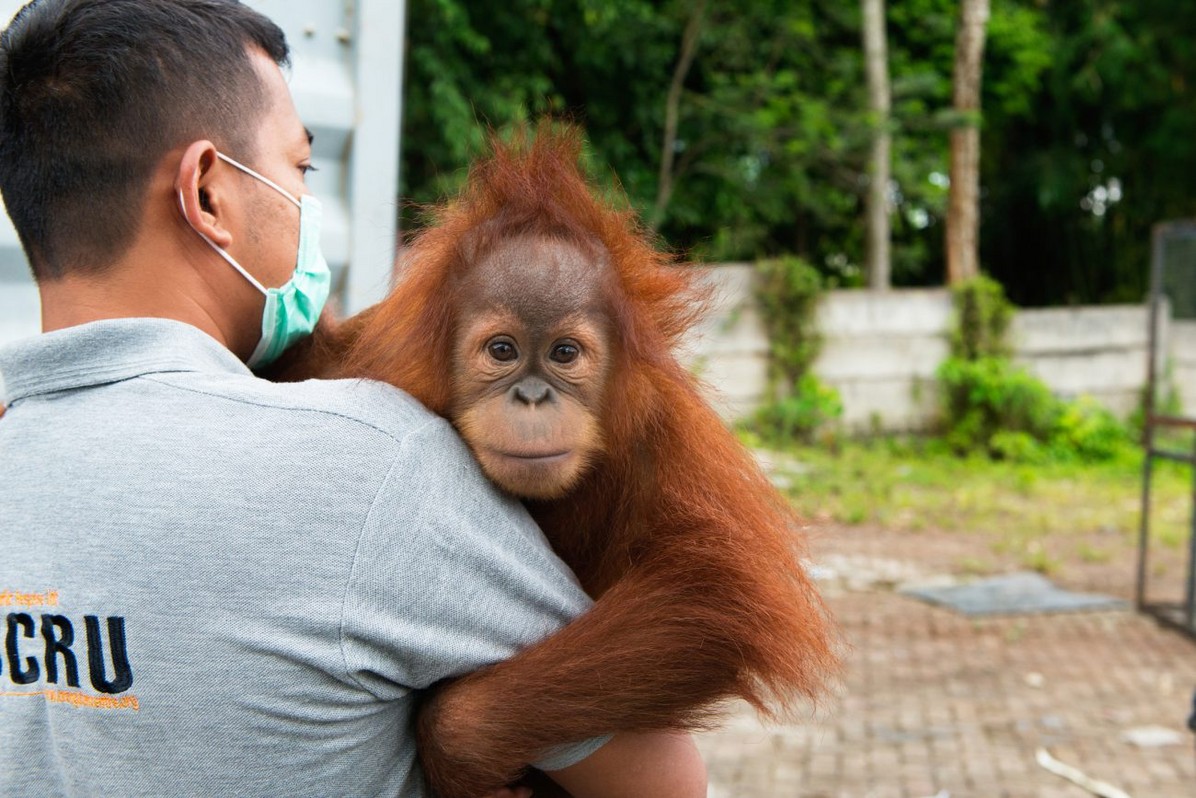 The Human Orangutan Conflict Response Unit is the only active orangutan rescue team in Sumatra. They regularly evacuate orangutans from condemned forests / © Without Borders

Driving the rapid expansion of the plantations is the increasing demand for palm oil around the world. The oil can be found in products as varied as soap, ice cream and instant noodles. It’s the most widely used vegetable oil and can not only be found in products on the supermarket shelves but is also present in biofuels.

Palm oil is highly versatile, cheap, and efficient to cultivate. Compared to other oil crops, it brings higher yields at lower production costs. 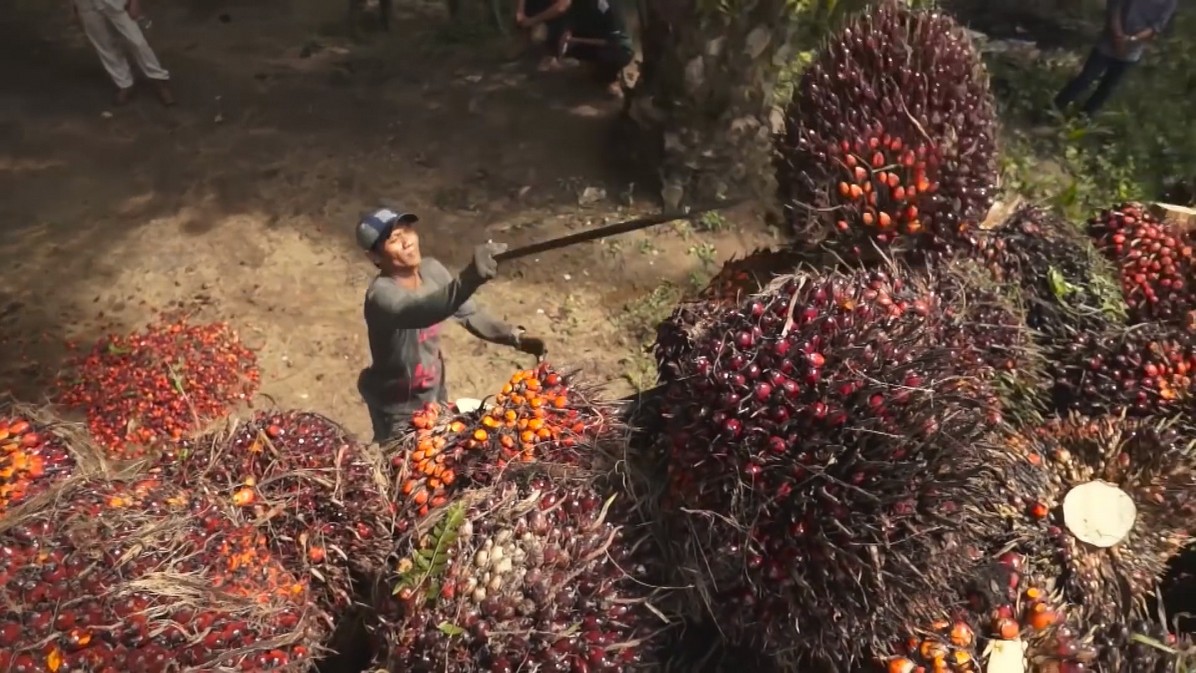 Official sources point to more than 5 million people working in oil palm plantations and another 15 million in related job / A still from the documentary film, Spoils of Destruction

Some have taken the place of former rubber plantations, but many are carved out of primary rainforests.

To prepare the plantations, growers resort to the so-called slash and burn method, where trees are felled and what remains is burned. When it comes to carbon-rich peatlands, planters clear them by draining the soil, which releases enormous amounts of CO2 into the atmosphere.

The fires from the burning create a thick haze that drifts far beyond the plantations. In 2015, dense smoke from smouldering Indonesian fires blanketed neighbouring Singapore and Malaysia, disrupting public services there. The industry shows no signs of slowing down. Indonesian palm oil production in 2017 was 36.5 million tons, and the country intends to increase that to 42 million tons by 2020.

However, the massive increase in output comes at the expense of not just the environment. There have been long-simmering concerns over the impact the palm oil industry has on the people.

The palm oil industry has been in the spotlight over allegations of child exploitation, human rights abuses, and low pay. Workers tell of pay cuts, being forced to work long hours, poisoning from toxic chemicals and other safety violations in the industry. Despite strict labour laws, the authorities rarely implement them. As the plantations spread, forest-based indigenous communities have been suffering as well. While some inhabitants bend under the pressure of the palm oil companies to sell their ancestral lands, others don’t give up so quickly and claim their right to the forests they rely on.

One such community is the Dayak Iban people from the Indonesian village of Semunying Jaya in Borneo. Once a thriving hamlet, it is now in the middle of a dispute between the residents and the PT Ledo Lestari palm oil company. The company began its activities in 2004, and have deprived the villagers of the food and medicines they found in the rivers and forest, pushing them into poverty.

The struggle has been going on for more than a decade and has seen Semunying Jaya villagers demonstrate, seize the company’s heavy equipment. Attempts to negotiate have failed, and the authorities remain reluctant to take any steps. In a bid to reclaim what’s left of their land, the Dayak Iban people have taken the matter to court. 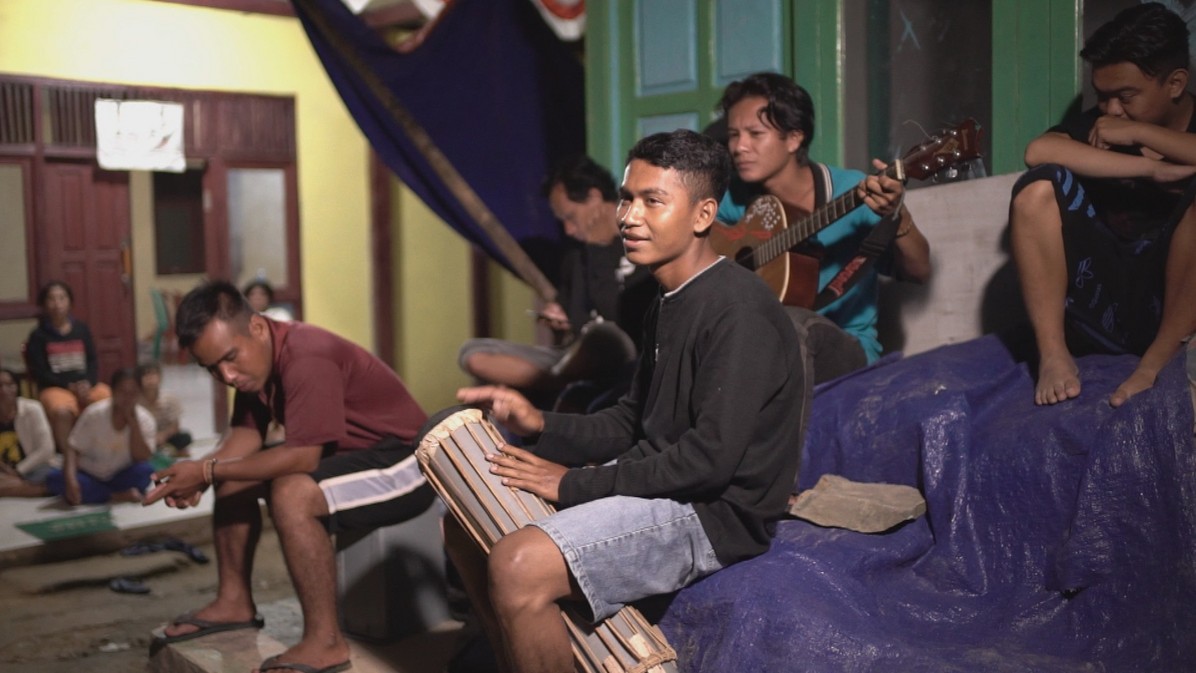 Indonesia’s Forum for the Environment, WALHI and the Indigenous Peoples' Alliance of the Archipelago, AMAN provide ongoing training for young people, involving them in the struggle against unlawful deforestation / A still from the documentary film, Spoils of Destruction

To hear the villagers talk about their fight against the palm oil plantations, and how their life has changed since their arrival, watch Spoils of Destruction on RTD.