When living in a crisis is a job: lockdown survival tips from seasoned pros. Part 1: Cosmonaut
Vice&virus: Miami doctor, brutalised by police while helping homeless, speaks about pandemic and poverty

Liberty or Death: Is the Swedish strategy for fighting COVID the right one?

From Wuhan in January to Italy in March, regions and countries hit by COVID-19 have ordered lockdowns of their populations to contain the spread of the disease. One country has bucked the trend, however: Sweden.

Instead of shutting down bars, shops and schools, and ordering people to stay home, the Swedish government has simply asked its population to follow the advice of Public Health Sweden, and practice social distancing.

This has generated envy among the locked down in other countries and anger from Swedish scientists who argue that the policy is responsible for thousands of extra deaths. However, as countries search for ways to leave lockdown, Sweden may show the way forward. "If we are to reach a new normal, in many ways Sweden represents a future model" has stated Dr Michael Ryan, Executive Director for World Health Organisation Emergencies Programmes. RTD asks: is a lockdown really necessary to prevent a COVID carnage, or are the Swedes right to take a more relaxed approach to the pandemic?

What is the Swedish approach and why was it adopted?

The Swedish strategy was devised by the independent agency, Public Health Sweden. The Swedish government has merely endorsed its advice, rather than making its own decisions. Public Health Sweden encourages hand-washing, keeping your distance when out and about and avoiding non-essential travel. It has also advised people over 70 to self-isolate. Those who can work from home are asked to do so. None of these measures are enforced by the police.

However primary schools remain open, bars and restaurants too, as long as they serve people at tables rather than at the bar.

The government has banned meetings of more than 50 people. Universities and high schools are closed. Borders, on the other hand, remain open.

Anders Tegnell, an epidemiologist at Sweden's Public Health Agency, is the public face of the strategy which has been adopted by the government. He explains that the voluntary approach is necessary for legal reasons. "The Swedish laws on communicable diseases are mostly based on voluntary measures -- on individual responsibility", he told Nature.

Responsibility to avoid spreading the disease rests with individual citizens. According to Anders Tegnell, "there is not much legal possibility to close down cities in Sweden using the present laws. Quarantine can be contemplated for people or small areas, such as a school or a hotel. But we cannot lock down a geographical area."

One claimed advantage of keeping legal restrictions to a minimum is psychological: "the more voluntary restrictions can be upheld for a longer time," assistant state epidemiologist Anders Wallensten told Euronews. He added that "if you close society completely, there is more stress on the economy. This is probably more acceptable by the people in general." 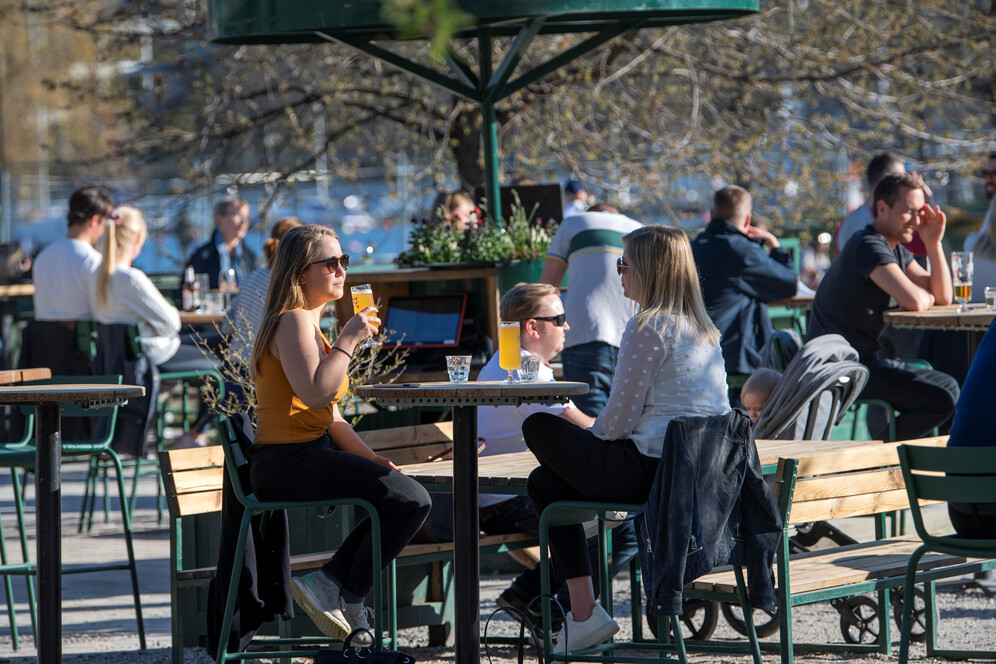 The Swedish strategy for fighting COVID-19 relies on trusting citizens to use their freedom wisely, rather than forcing them into lockdown. / Credit TT News Agency/Anders Wiklund via REUTERS

What is herd immunity and can it work with COVID-19?

The scientific rationale for the Swedish approach is often linked to the controversial concept of "herd immunity".

Herd immunity is based on the idea that those who have been infected in the past can't be infectious themselves. Thus for instance, if a large proportion of a herd of cattle gets a disease and as a result develops antibodies, these animals won't then be able to transmit it to the minority that aren't immune, and the animals that have never had it can't pass it on either. Circulation of the disease stops and the minority stays safe.

Aiming for herd immunity to deal with COVID-19 involves separating and isolating the minority that are vulnerable to severe forms of the disease, namely the elderly and those with weakened immune systems. The proponents of herd immunity claim that circulation of the disease cannot be contained anyway, and so letting Nature take its course is inevitable.

Herd immunity is a controversial way to deal with COVID-19 because there is some evidence that those who have survived the disease can get reinfected, and thus become infectious once more. Second, even the young and those without preexisting conditions sometimes die from COVID-19, therefore exposing an entire population to the virus is not a risk-free experiment. Moreover, is it really possible to protect elderly people while having them supported by workers who are themselves exposed to the virus as part of the larger group that is meant to catch it? 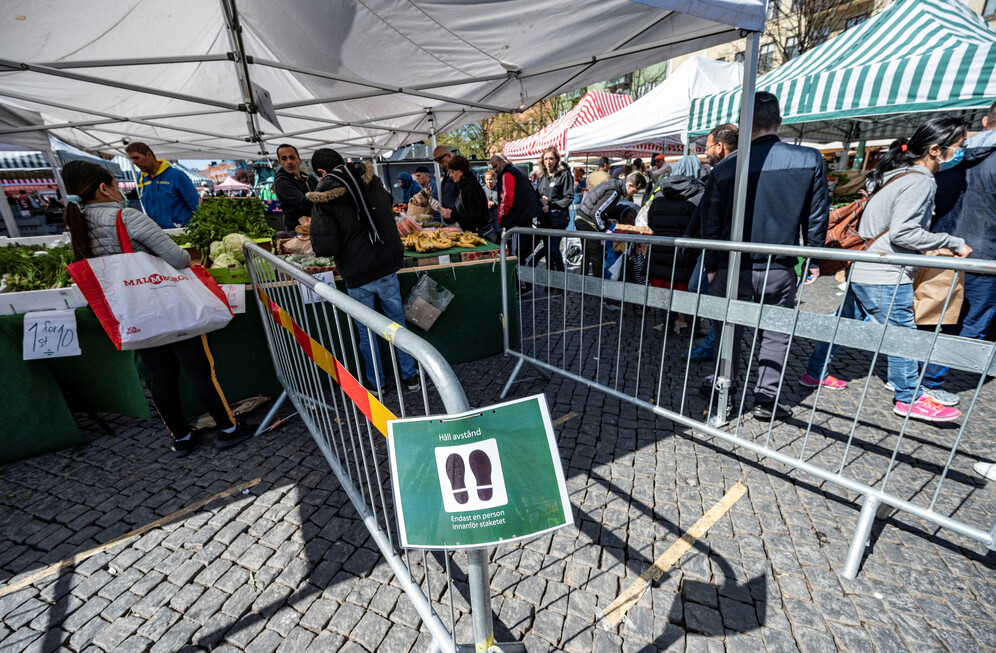 Is Sweden aiming for herd immunity?

Euronews reports that according to Karin Tegmark Wisell, the director of Sweden's Public Health Agency, "the Swedish strategy is not about achieving herd immunity, even though that would help the development in Sweden," in a recent interview on Swedish radio.

Anders Tegnell's position is less clear cut. On the one hand, he told Nature, "as in many other countries, we aim to flatten the curve, slowing down the spread as much as possible -- otherwise the health-care system and society are at risk of collapse."

On the other, he acknowledges in the same interview that the Swedish strategy amounts to herd immunity: "Each country has to reach 'herd immunity' in one way or another, and we are going to reach it in a different way."

He is willing to defend this because he claims that "there are enough signals to show that we can think about herd immunity, about recurrence. Very few cases of re-infection have been reported globally so far. How long the herd immunity will last, we do not know, but there is definitely an immune response."

He doesn't believe that the spread of the disease by asymptomatic carriers is a significant problem which would defeat the herd immunity strategy: "There is a possibility that asymptomatics might be contagious, and some recent studies indicate that. But the amount of spread is probably fairly small compared to people who show symptoms. In the normal distribution of a bell curve asymptomatics sit at the margin, whereas most of the curve is occupied by symptomatics, the ones that we really need to stop." 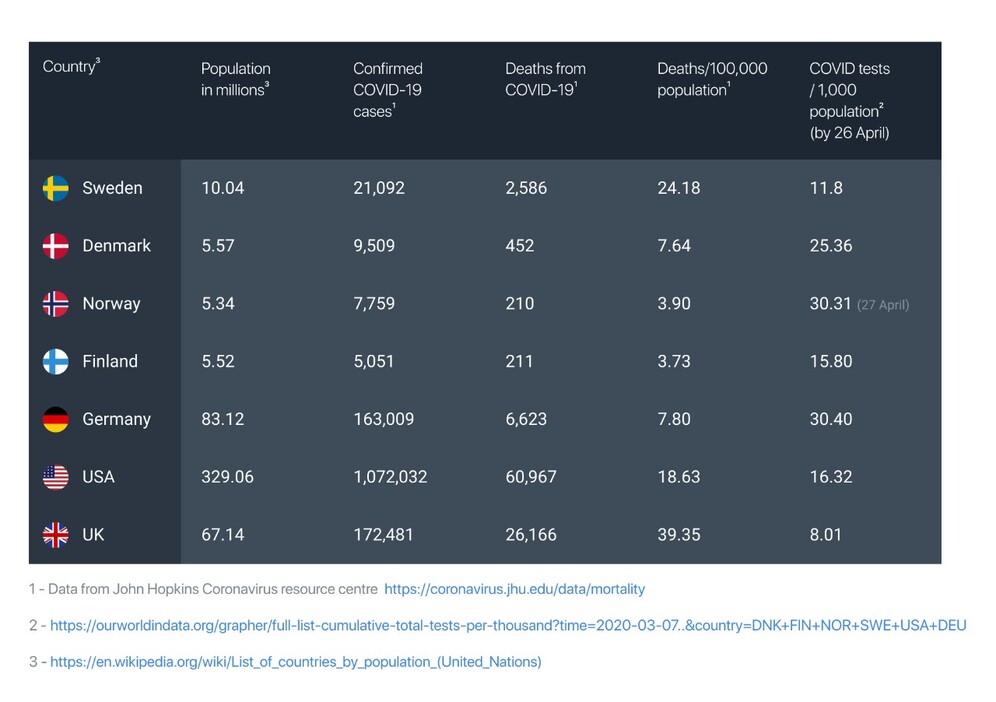 The data on COVID show that Sweden is clearly doing much worse than its neighbours. But things don't look so bad compared to the UK or the US.

Is the Swedish approach costing lives?

Critics of the Swedish approach point out to the much higher number of deaths in Sweden than in Nordic countries with similar cultures that have all imposed lockdowns. Sweden has carried out far fewer tests than its neighbours, but has two to three times the number of infected and deaths are three to four times higher, adjusted for population.

Anders Tegnell defends his strategy. First, one aim of lockdowns is to "smooth the curve" to avoid healthcare systems being overwhelmed and patients getting substandard care in overwhelmed intensive care units. this would reduce their chances of survival compared to them getting infected and needing treatment at a later date.

"To a great part, we have been able to achieve what we set out to achieve," he told the BBC. "Swedish healthcare keeps on working, basically with a lot of stress, but not in a way that they turn patients away. What has not worked out very well is our death toll", he concedes. "That's partly due to the strategy but not really very much", he argues.

Data shows that "the flu epidemic and the winter norovirus dropped consistently this year, meaning that our social distancing and hand washing is working. And with the help of Google, we have seen that the movements of Swedes have fallen dramatically. Our voluntary strategy has had a real effect."

He argues that lockdowns haven't stopped the spread of the disease: "Nowhere in Europe has been able to slow down the spread considerably." And indeed some countries, such as the United States and the United Kingdom, which ended up implementing lockdowns after a period of hesitation, have higher death rates than Sweden.

Tegnell's critics counter that Swedish hospitals aren't overwhelmed because patients aren't being admitted. Anders Vahlne is one of the 22 Swedish professors who signed a letter in Dagens Nyheter, a Swedish daily newspaper, denouncing the Swedish strategy. "We have good treatment statistics in our intensive care units (ICUs). However, that is probably because we only admit those to ICU who have a good chance of surviving," he told Euronews."The mean age of those who have died is 20 years higher than the mean age of those treated in ICUs," he said.

The black spot in the strategy is the high number of deaths in old people's homes. "The big debate we are facing right now is around care homes for older people, where we registered very unfortunate outbreaks of the coronavirus." According to Tegnell, "this accounts for Sweden's higher death rate, compared with our neighbours." However, as far as he's concerned, the fact that the virus managed to infiltrate care homes doesn't invalidate the strategy: "investigations are ongoing, because we must understand which recommendations have not been followed, and why." 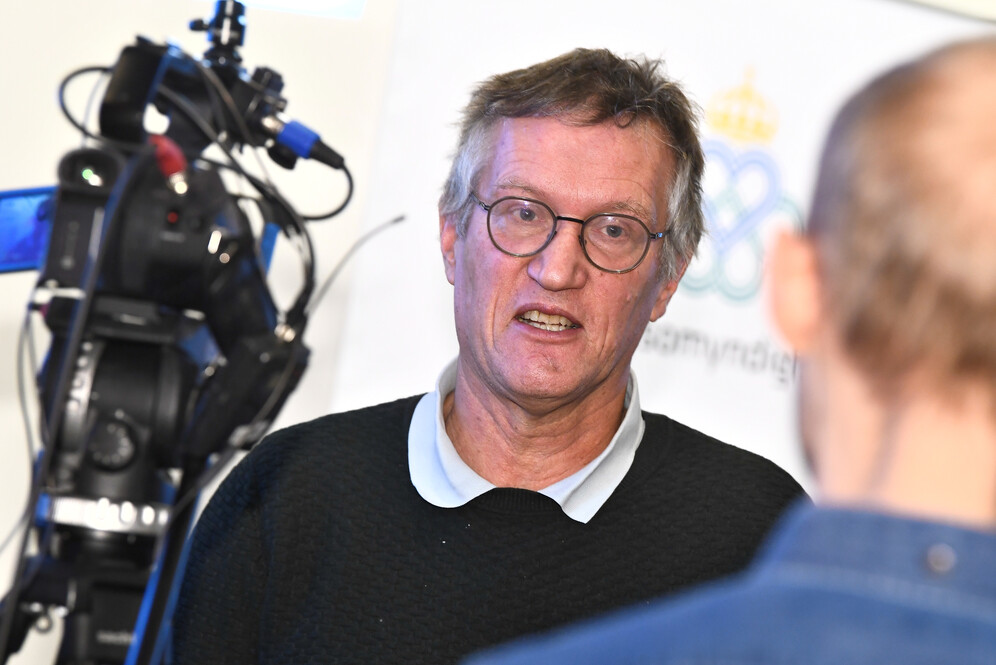 Which approach does science back?

The brief of Public Health Sweden is to make recommendations based on science. According to Anders Tegnell, "around 15 people from the agency meet every morning and update decisions and recommendations according to the data collection and analysis. We talk to regional authorities twice per week".

However in the case of the new coronavirus, data is lacking. When the BBC asked him what data his recommendations were based on, Tegnell countered that worldwide, public policy is being made without a scientific basis: "I think the question is what data does the rest of the world base their decisions on? I think that's just as relevant, and we've been looking around and there's very few things round, the report from Imperial, a non peer reviewed report, [Imperial College London produced a report mid-March 2020 predicting 500,000 deaths in the UK if the government did nothing], and that's one of the very few things you can find. In most countries you can find nothing."

"It is difficult to talk about the scientific basis of a strategy with these types of disease, because we do not know much about it and we are learning as we are doing, day by day", he pointed out to Nature.

A worldwide lockdown may be a historical first, but humankind does have experience in dealing with contagious diseases. So which strategy does history support? "Closedown, lockdown, closing borders -- nothing has a historical scientific basis, in my view", claims Tegnell. "We have looked at a number of European Union countries to see whether they have published any analysis of the effects of these measures before they were started and we saw almost none."

Compared to its culturally similar Nordic neighbours, or to Germany, who have all implemented lockdowns, the Swedish death rate is shocking. However, Sweden has done much better than the USA and the UK, that both went into lockdown at a later stage in the epidemic.

Once scientists have the time to sift through the data, they may come up with an answer as to whether it is liberty that has brought death to Sweden, or something else.