A terrorist group in northeast Nigeria has been making headlines again with renewed attacks timed to coincide with the presidential election run-up. Incumbent president, Muhammadu Buhari is seeking another term in office and promises to crush Boko Haram. Despite his rhetoric, the militants continue to wreak havoc.

Boko Haram has waged a sustained war of insurgency in Nigeria since 2009, becoming the country’s most serious security threat and it was once said to be the deadliest terrorist group in the world. The group was reportedly founded in 2002, in Maiduguri, the capital of Borno state, by Mohammed Yusuf, an Islamist cleric who advocated the creation of an Islamic state based on Sharia law in the Muslim-dominated north of the country. 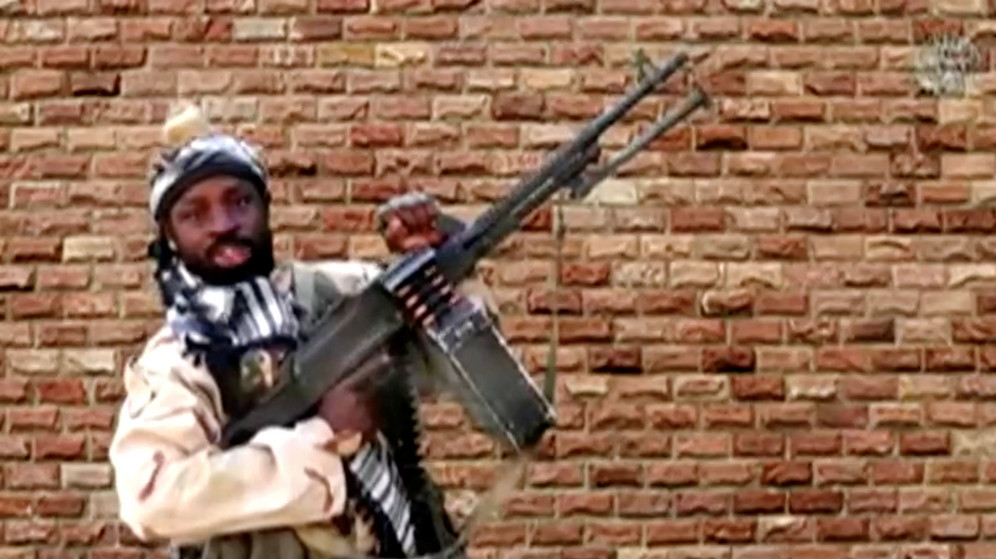 Leader of one of the Boko Haram group's factions, Abubakar Shekau holds a weapon in an unknown location in Nigeria. / Reuters

The name, Boko Haram, is a combination of the Hausa word, ‘boko’, which means ‘Western education’ and the Arabic term ‘haram’ for ‘sinful’ and forbidden in Islam, in fact, the opposite of 'Halal'. Yusuf and his followers claimed that Western learning introduced during colonial times had created social inequality in Nigeria, which is especially deep in the north. The group also opposes all Western culture and a secular state. 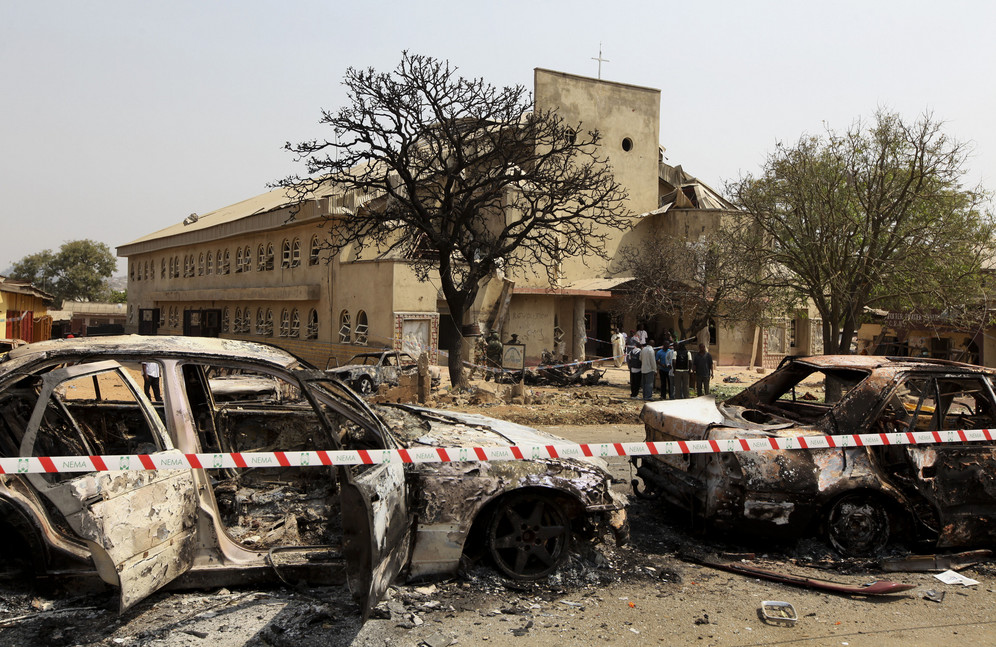 Rampant corruption, poverty and inept governance have aided the rise of Boko Haram and prompted local men to join its forces. While they first took up arms against government institutions, such as police stations, it all changed in 2009, after a government crackdown in which some 800 people were killed, including alleged Boko Haram members and bystanders. Yusuf was also executed later that year, leaving his deputy, Abubakar Shekau, to take control and steer the group towards civilian targets and extreme violence.

Coming under the spotlight

The Islamist group, already proclaimed a terrorist organisation in Nigeria, rose to international fame in the aftermath of the 2014 kidnapping of 276 schoolgirls in Chibok town. In a video, Shekau vowed to sell the girls into slavery or marry them off to his fighters. The mass abduction sent shockwaves across the world and prompted a global #BringBackOurGirls campaign backed by the then US first lady, Michelle Obama and other celebrities. Almost 100 of the girls are still missing to this day. 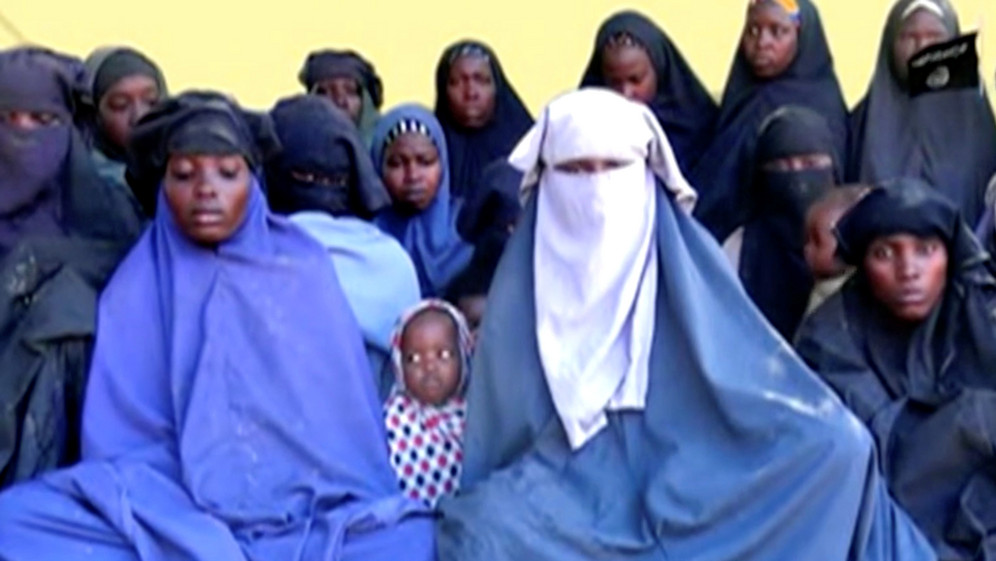 Girls who were kidnapped from the northeast Nigerian town of Chibok are seen in an unknown location in Nigeria in this still image taken from an undated video obtained on January 15, 2018. / Reuters

In 2015, Boko Haram swore allegiance to Islamic State (IS), rebranding itself as Islamic State’s West Africa Province (ISWAP). However, speculation soon emerged that the group had splintered into at least two factions as IS claimed to have replaced Shekau with Abu Musab al-Barnawi, son of the late Mohammed Yusuf.

Where does its money come from?

In 2012, Boko Haram spokesman, Abu Qaqa, told the Guardian they “enjoy financial and technical support” from al-Qaeda. “Anything we want from them we ask them,” Qaqa said in an interview, referring to al-Qaeda as “elder brothers”.

It wasn’t just al-Qaeda that funded the Nigerian militants’ reign of terror: they also have a lucrative side line in kidnapping. According to the Combating Terrorism Centre at the US Army’s elite West Point academy, ransom money has netted the Islamists “millions of dollars”. It is alleged for example, that the Nigerian government paid in the region of 3 million euro in exchange for some of the Chibok schoolgirls.

Bank robbery, black market trading and links to other terrorist groups, such as al-Shabaab in Somalia, are also cited as additional sources of revenue for Boko Haram. 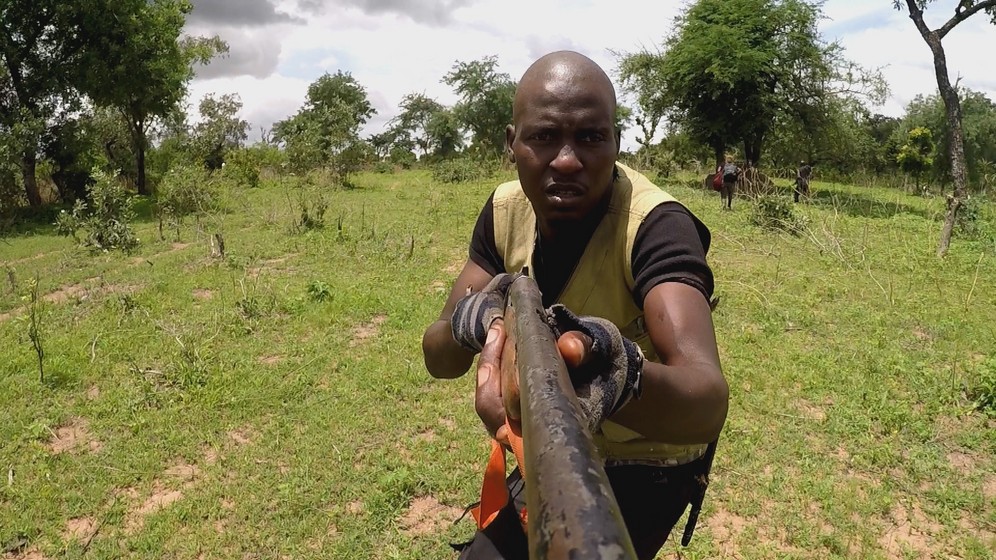 The Adamawa hunters use their finely honed hunting skills and detailed local knowledge to help the army combat the terrorists. / RTD

Over the years, government forces have continued an offensive against the militants with the help of a multinational coalition of fighters from Cameroon, Chad and Niger. They recaptured cities and drove the extremists out into rural areas and the bush. In Borno and Adamawa, two states worst affected by the insurgency, local residents began to form militia-like squads to help the army fight the terrorists. The Civilian Joint Task Force (JTF) is one such group, comprised of Muslims seeking to “salvage our people”. Meanwhile, experienced hunters from Adamawa make up another vigilante-style force that tracks down Boko Haram fighters in what used to be their hunting ground.

Despite some military gains, Boko Haram and its offshoot jihadists are far from defeated. Sheltered by the Sambisa forest, the insurgents continue to raid army bases and towns across Borno, Adamawa and Yobe states. In the latest series of attacks, dozens were killed and thousands fled their homes. The resumed violence suggests that the group’s decline was only temporary.