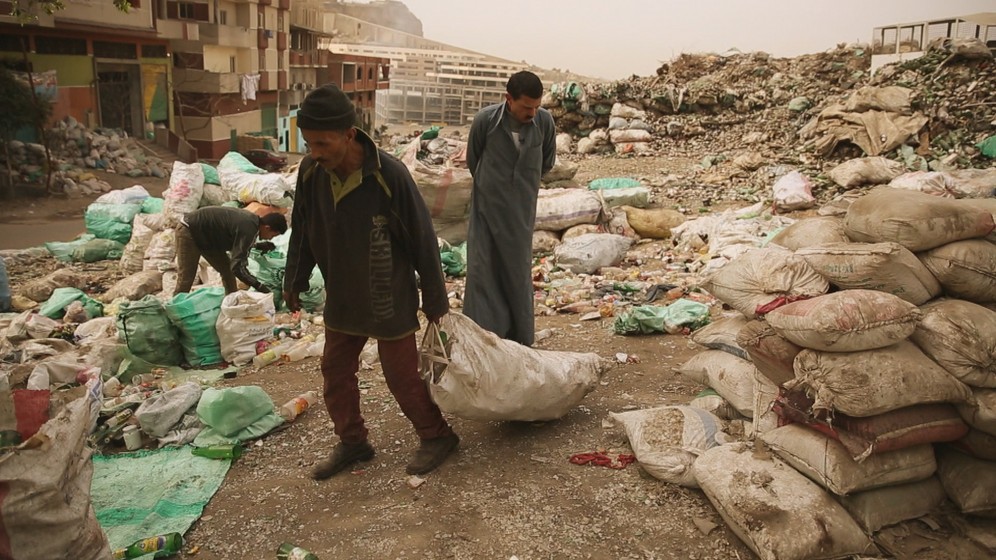 The recycling prowess of Cairo’s rubbish collectors, the Zabbaleen, is legendary. Over several decades, this community has developed a system for processing household refuse that puts Western waste management companies to shame. Zabbaleen family businesses manage to recycle around 85 percent of the rubbish they collect, whereas Germany, with the highest rate of household waste recycling in the world, can only boast a rate of 56 percent. But can this marginalised minority retain a central role in the city’s rubbish treatment strategy?

How and why the Zabbaleen collect Cairo’s rubbish

The Zabbaleen got into the business of rubbish collection through their pigs. The occupation remains overwhelmingly Christian, as Muslims traditionally do not eat pork in Egypt. After moving from Assiut’s El Badary District in Upper Egypt to Cairo during the 1930s and ’40s, poor Coptic Christians began buying household refuse to feed their animals from the Wahiya, a Muslim community that already had waste collection agreements with residents. However, the Zabbaleen preferred to collect the trash themselves to ensure the freshness of the organic waste, so the Wahiya became middlemen, receiving a small fee from both the trash producers and collectors. 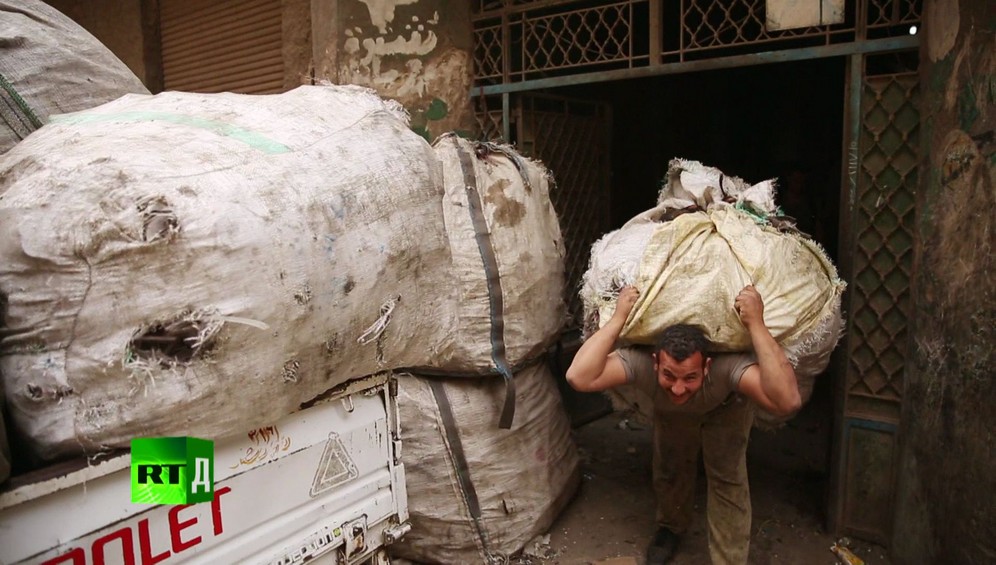 Cairo's Zabbaleen collect garbage at people's front door. The men carry heavy bails of rubbish up and down stairs.

Over the years, the Zabbaleen developed a sophisticated trash collection system utilising all members of the family. Fathers and teenage sons would climb up and down stairs hauling heavy bags of rubbish to donkey carts on the street, which the youngest children were charged with watching.

Once back home, mothers and teenage daughters would sort the inorganic trash into 16 different categories, including paper, rags, tin, and plastic, as well as objects they could resell.  The organic waste was separated out and fed to the pigs. The families ate some of the pork and sold the rest to hotels catering to foreign tourists, which brought in some welcome cash.

How they have improved their system

There are six districts around Cairo where the Zabbaleen live. The most famous, dubbed ‘Rubbish City’, is in the Manshiyat Naser District at the base of the Mokattam Hills. Since the 1980s, conditions in this neighbourhood of 50,000 people have much improved since the times when people lived in tin shacks without running water. Thanks to the work of churches and NGOs, the homes in this district are now made from bricks, while schools and even a clinic have appeared. 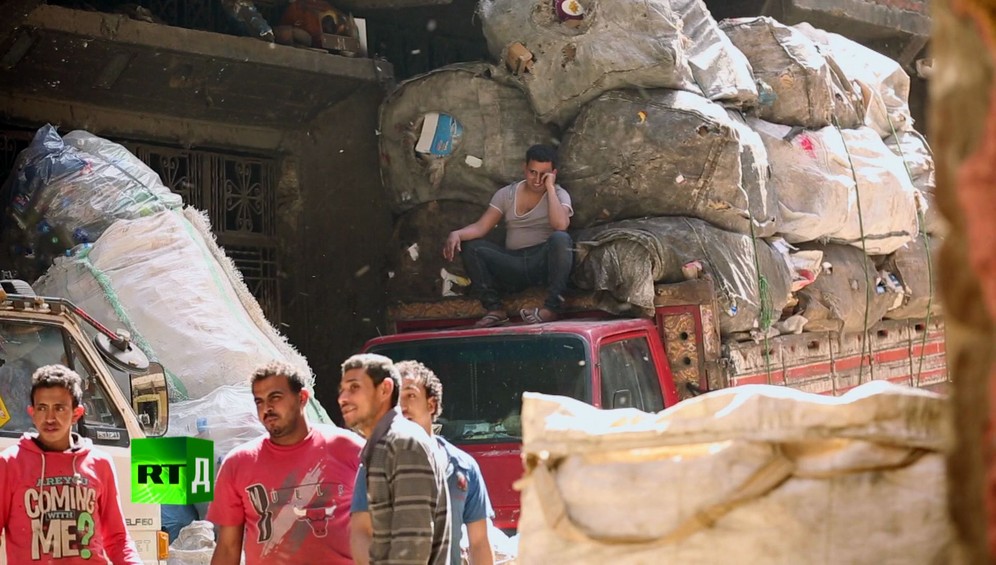 The Zabbaleen now use garbage trucks as well as donkey carts to take the rubbish back home, where they sort it and recycle an astonishing 85% of their haul.

In 1990, the city insisted that the Zabbaleen replace their unsightly donkey carts with small trucks. This has freed the children of families well-off enough to comply from their traditional guard duties, allowing them to go to school. Programmes supported by foreign aid grants have encouraged families to create small enterprises and invest in machinery to recycle paper or produce plastic pellets. As a result, an entire industry has emerged, with a study in 2000 showing that “trading and manufacturing networks had grown to cover the whole country from Alexandria to Aswan. The industry had spawned its own dealers, its own centres of production and recycling, and its own business culture of credit, trade and finance.”

Why the Zabbaleen stay in Rubbish City

Although the trade has proven relatively profitable for a community with few options, the price of living amid rubbish is high. Along with its foul odour, the trash emits toxic gases that can have devastating health consequences. The district’s infant mortality rate stands at 11.7 percent, more than twice the Cairo average, though down from a high of 25 percent in the 1980s. There’s also a severe risk of catching hepatitis C from syringes in the trash, and almost half the Zabbaleen population has been infected, according to local NGO Spirit of Youth. 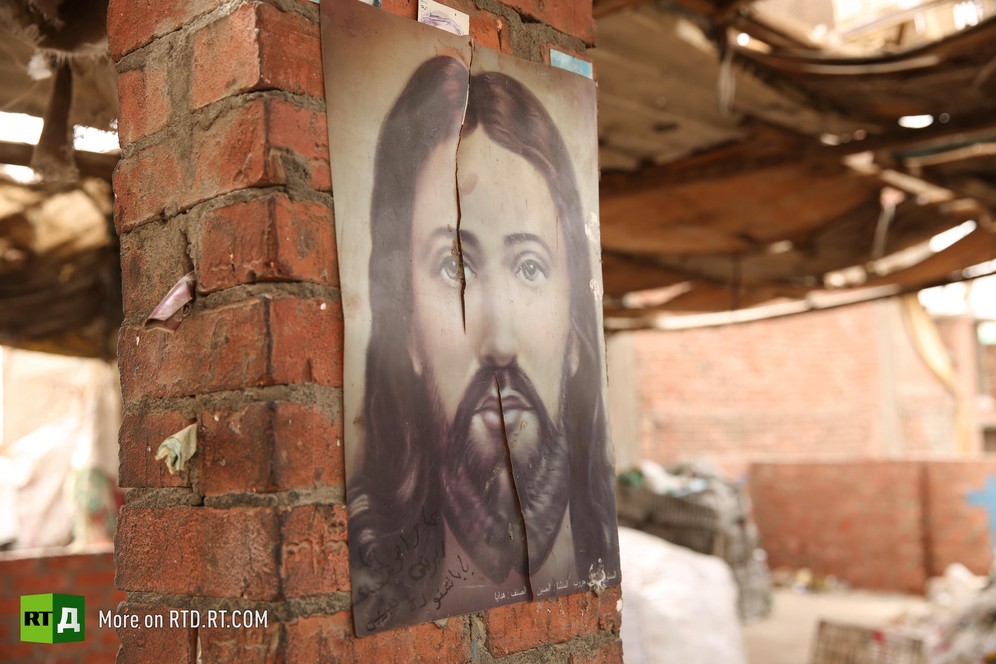 Because their business model relies on feeding organic rubbish to pigs, almost all the Zabbaleen are Coptic Christian. They prefer to live in their own neighbourhoods, where they can worship in safety.

Despite the stench and health hazards, some better-off families have chosen to remain in the area, as they feel more at home living in a Christian neighbourhood, where they can practice their faith in safety. To this end, the rubbish collectors have dug out a huge religious complex at the base of the Mokattam Cliffs, which abut their district. Named the Monastery of Saint Simon the Tanner, it includes the largest church in the Middle East with a 20,000-seat stone amphitheatre, as well as seven churches and chapels. Elsewhere, Coptic places of worship have been the target of repeated terrorist attacks due to Egypt’s sectarian tensions

The failed experiment of cooperation with international waste management companies

The first serious threat to the Zabbaleen’s economic model came when the Egyptian government decided to professionalise the sector and improve hygiene. In 2002 and 2003, Cairo signed fifteen-year contracts with Italian and Spanish companies after holding a tender. The Cairo Governorate looked to USAID to oversee the implementation of the work plan by the winning bidders. The companies were expected to recycle just 20 percent of rubbish.

Cairo’s residents had to pay for the new service through an extra charge on their electricity bill. Moreover, they were expected to bring their waste to central collection sites because the large rubbish trucks couldn’t pass through narrow streets. The Zabbaleen were offered jobs collecting the trash and delivering it to the pickup points, but they earned less than under the previous system and were not allowed to take bin bags home for sorting. 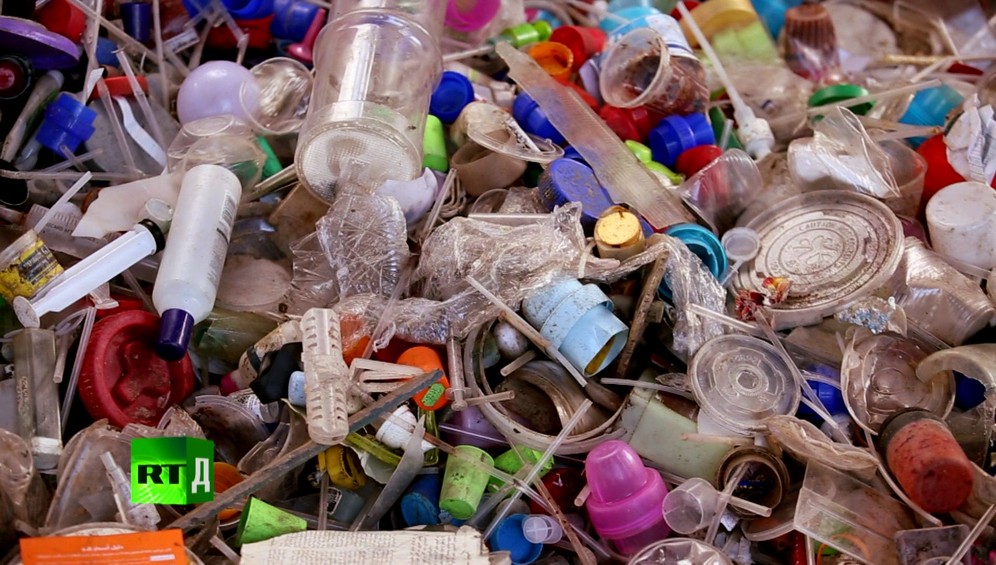 Medical waste is a major health hazard for the Zabbaleen. They prefer to work without gloves, and often catch hepatitis C from infected syringes in the trash.

The locals were not happy, as they weren’t used to taking out their own garbage, but didn’t want to pay a second fee to the traditional collectors. As a result, less trash was recycled, and much of it ended up littering neighbourhoods or, at best, being dumped in landfills. The Zabbaleen stepped in informally and offered their services at a reduced rate. Meanwhile, the international companies were pocketing the money, but failing to deliver a clean city.

The destabilising effects of swine flu and the Arab Spring

The Coptic trash collectors were dealt another blow during the swine flu epidemic of 2009, when the Mubarak government decided to cull the pig population, against the advice of the World Health Organisation. This not only destroyed the Zabbaleen’s precious assets, but also eliminated their reason for collecting organic waste, which consequently began to pile up in the streets. 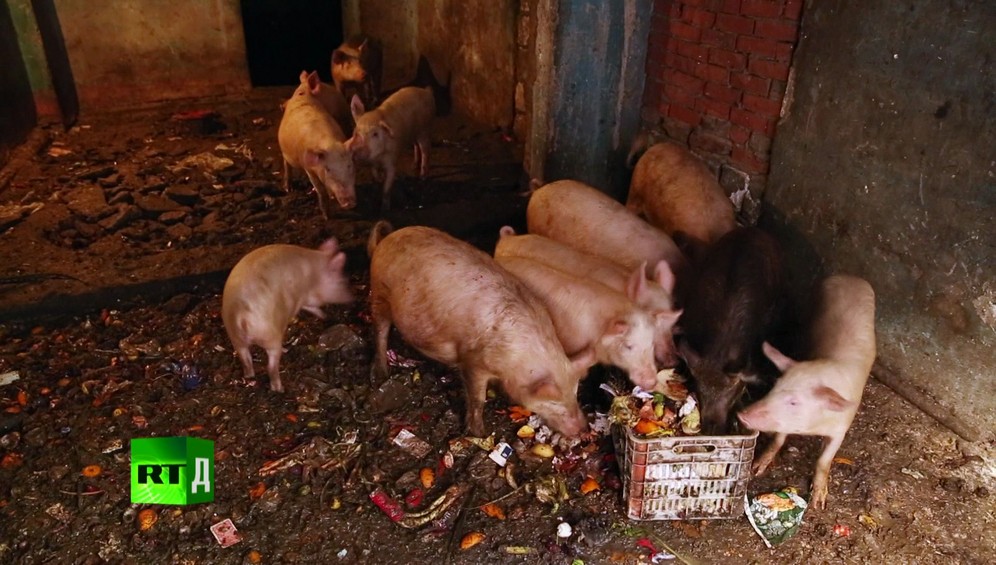 In 2009, the Egyptian government ordered a cull of all pigs. This deprived the Zabbaleen of revenue, and they stopped collecting organic rubbish, which piled up on the streets of Cairo.

The Arab Spring and replacement of President Mubarak by Mohammed Morsi only added to the chaos. People dumped their rubbish bags at collection points, where scavengers would rummage through them, leaving anything they didn’t want on the streets. The hygiene hazard became so bad that President Morsi  promised to clean up the city within 100 days. He also announced a new national waste management strategy, but without consulting the Zabbaleen.

2019: A new opportunity for cooperation?

Since then, the Sisi government, which Coptic Christians tend to support, has been trying to find its way through the rubbish situation. In April of 2017, Cairo residents were encouraged to sort their waste themselves and sell recyclables at Kiosks. This suggestion naturally upset the Zabbaleen, who faced losing the most marketable part of their hauls. 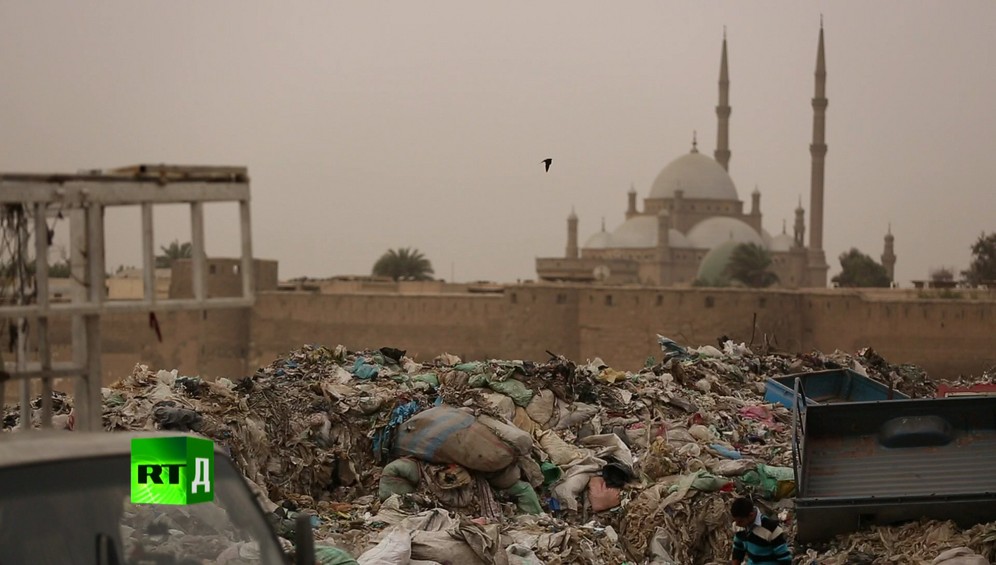 The Zabbaleen neighbourhood known a's Garbage City lies on the outskirts of Cairo, but close to the historic centre. Altough the Zabbaleen live among Cairo's filth, they keep the city working, and are central to its identity.

In 2019, rubbish collection has reached a new turning point: the contracts that tied the city to international providers have expired. Government ministers  are now trying to design a new waste management system for the whole country and, this time, the Zabbaleen are being kept in the loop. The head of the Rubbish Collectors Union, Shehata al-Moqadis, has asked the authorities to divide Cairo into squares and assign the task to the traditional trash collectors.

The Coptic trash collectors may be Cairo’s poorest, most marginalised workers, but they insist they have the know-how, organisational capacities, and business reputation to design and run a truly integrated, green, and economically viable rubbish treatment system. However, Greater Cairo now has a population of around 20 million and, as the city grows, so does the waste it produces. Thus, the Zabbaleen will likely need the assistance of industrial companies to cope with the increasing volume of trash being produced by one of the world’s largest cities.