PETA against animal slurs: Why calling your filthy roommate a pig is an insult to pigs?
The Biography of the Glasgow Smile, the Trademark Torture Method of Scottish Gangsters

How quarantine opened Mars for humans

This is the greatest week in the history of the world since the Creation. As a result of what you have done, the world has never been closer
President Nixon speaks to Apollo 11 astronauts through a window of the quarantine van, 1969

With space tourism on the rise, the risk of space contamination may undermine the endeavour. The CEO of fashion retailer Zozo, Yusaku Maezawa, who started a project to launch the first civilian flight to the moon in 2023, has recently announced he’ll pay for five randomly chosen candidates as well. But it is still unclear whether the dearMoon project offers the required biosafety level while taking more than a dozen civilians to the moon. Even though no-one has been infected, the risk of catching an 'alien plague' on the moon is not a joke to space experts. In the summer of 2020, NASA released updated guidance for civilian missions, foreseeing the rise of space tourism. The advice added new rules concerning contamination of other celestial bodies with Earth bacterias.

Throughout the 70s, NASA scientists were testing space systems for biosafety during the Apollo programme. After years of research, they only concluded that biosafety is impossible in space. NASA developed a guide for preventing bio-emergencies half a century ago. However, until now, social isolation and containment remain the most reliable ways of avoiding space viruses and bacterias from invading Earth.

Following the first flight into space, the United States set a goal to send a manned mission to the moon earlier than the USSR. But a closer look into the prospects of the mission led to safety concerns over the biological threat. The US spent hundreds of millions of taxpayer’s dollars researching whether it’s true. Scientists from NASA were seriously considering the worst outcome of what they named ‘back contamination’. 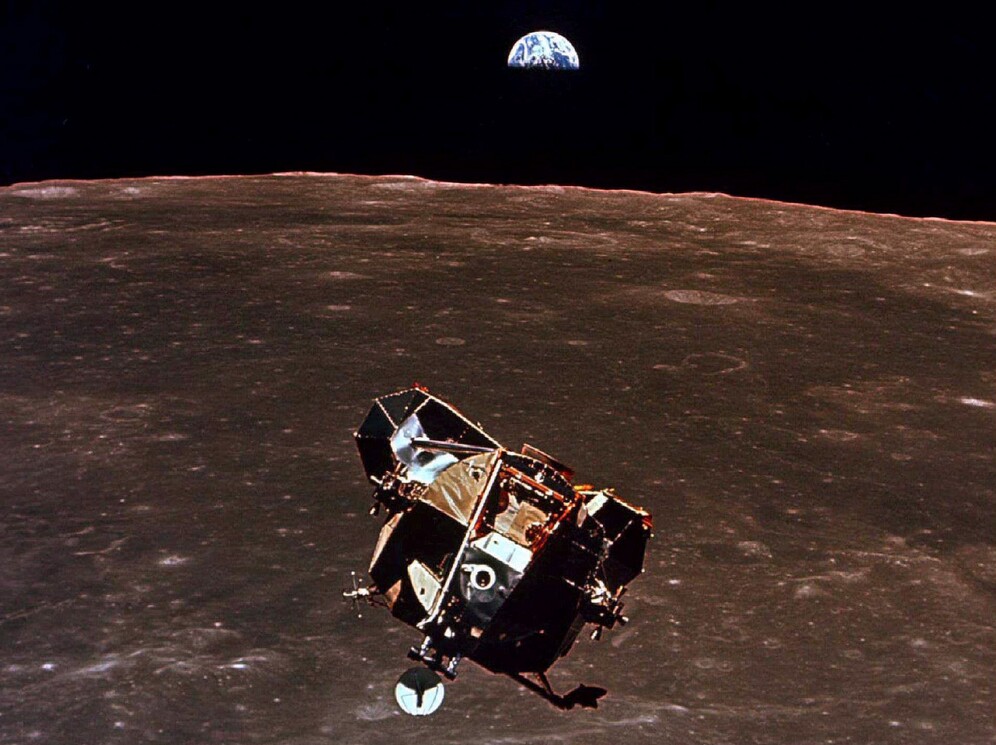 Over half a century ago, the first manned mission to the moon in 1969 was associated by millions of Americans with the threat of a lunar pandemic / Reuters

In July 1964, representatives got together from the US Army, National Health Institutes, and major universities and institutes, including NASA. One of the main topics of discussion was preventing contamination - the possible bringing of extraterrestrial life forms into the biosphere, which could multiply and lead to unpredictable consequences, including the extinction of civilisation.

The potential space danger was compared to the risk of introducing disease pathogens to populations with no immunity, leading to a deadly outbreak. The conference participants were curious if any of the possible space-borne microbes could do the same. The attendees at the Conference on Potential Hazards of Back Contamination from the Planets concluded there is no way to protect a spacecraft returning from the moon from any possible extraterrestrial life forms. 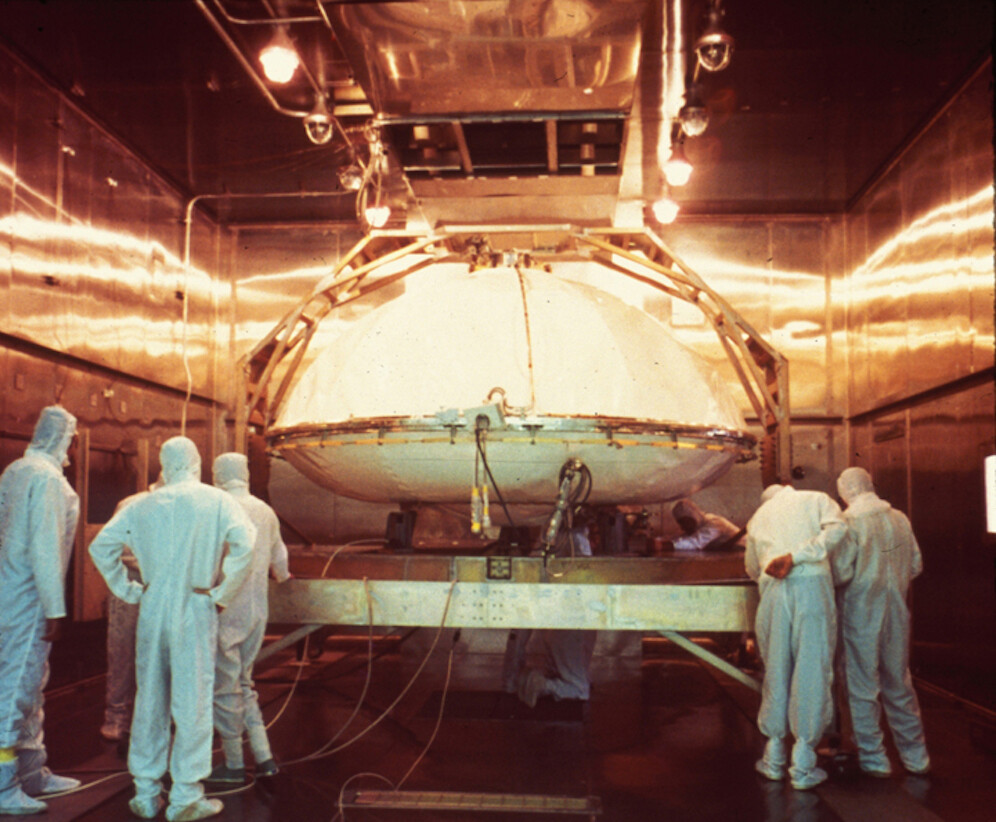 According to the NASA guide, anything brought from space required containment. A Viking lander that provides dry heat sterilization remains the "Gold standard" of present-day planetary protection / NASA

The best solution to prevent a disease from spreading among people remains isolation until a vaccine is produced. A three-week quarantine was considered the best period for symptoms to show themselves. All the samples brought on the spaceship had to be examined on how they interact with terrestrial plants, animals and living tissues.

When Neil Armstrong and Buzz Aldrin returned to their lunar module after landing on the moon and took off their helmets, they immediately smelled the acrid smell of moon dust settling on their suits. The dust was everywhere; they brushed it off as best they could, but it was impossible to get rid of it all. If there were traces of microorganisms in it, astronauts would inevitably become infected.

That was just the first of many contagion possibilities. Following NASA’s plan, after landing, the door of the module with the astronauts - while it was still on the water - was treated with disinfectant. Then the crew changed into biological protection suits. The astronauts moved into a quarantine van aboard the aircraft carrier that recovered them and then moved through special tunnels from the aircraft carrier to land for onward transportation to a laboratory. 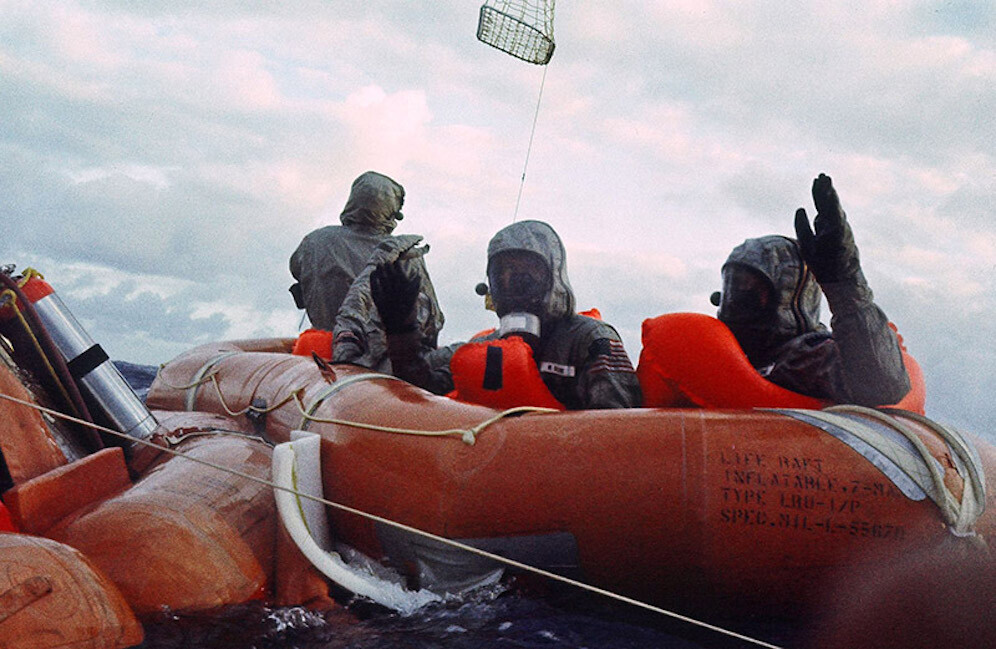 With the same precautions, all the samples of lunar soil and objects used by the astronauts were moved in special containers. However, before sterilising the equipment, a photo technician handled a film cassette that had fallen onto the moon’s surface with his bare hands.

So the quarantine was joined by another six people who were in the same room as the film. Reports say there have been many such leaks since the return of Apollo 11. A hole was found in a bag of lunar rock samples. The drain in the Columbia Command Module room has overflowed.

In June 2020, NASA unveiled its new policies regarding bio-protection during manned or robotic flights to the moon or Mars and back to Earth. The latest guide is no longer limited to preventing moon microbes from invading Earth but also protecting other celestial bodies from human contamination. Since the world is preparing for a Mars mission, the planet where life forms are more likely to be found than on the moon, planet protection policies have become a widely discussed issue. 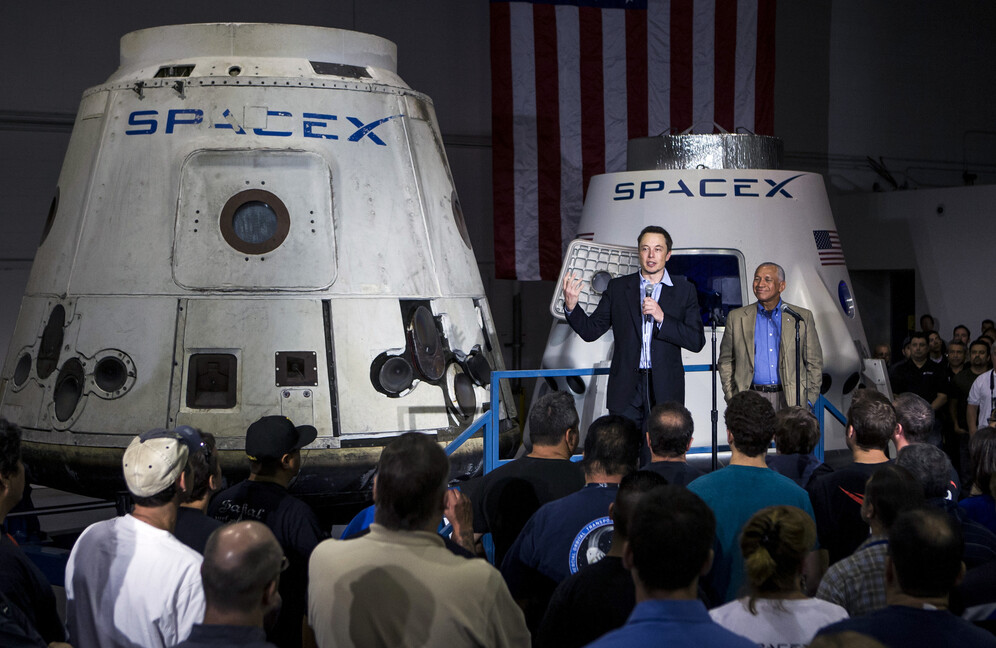 "If there's something terrible that happens on Earth, either made by humans or natural, we want to have, like, life insurance for life as a whole," Elon Musk says on space colonisation / Reuters

The attention to space tourism and colonisation undoubtedly owes a lot to the CEO of SpaceX, Elon Musk. That’s despite his efforts to but heads with US space legislation. Corporate space flights are still lacking any substantial legal framework. There is nothing about private companies in the Outer Space Treaty signed by the US in 1967. The treaty empowers a state to control a mission while securing a government’s responsibility for a spaceship and for the damages it may cause during a space flight. Musk seems to defy that rule. As his company, Starlink has declared in its terms and conditions the red planet is “free” and that no “Earth-based government has authority or sovereignty over Martian activities”.

Hubbard is a co-author of the National Academies of Sciences, Engineering, and Medicine report, which reviews the latest planetary protection guidelines with recommendations related to safeguarding our planet and other celestial bodies. He says the Outer Space Treaty “is well applied to both the government in the private sector.”

Next, with the probability of humans landing on Mars ever more realistic, our report recommends NASA research to see if there can be a Martian “exploration zone” where humans can land, and contamination, if it occurs, would do no harm.
Hubbard says the moon doesn’t pose any life risk, as it’s been proven by the Apollo astronauts from the first moon missions. Definitely good news for the dearMoon crew, which aims to be the first civil space mission, landing on the moon since the 1970s. Hudges defies any serious threats regarding the red planet’s microorganisms and other life forms.

Once it was found the moon didn’t pose a risk, quarantine was eliminated. Such a procedure will undoubtedly be followed for humans returning from Mars

But still, there is a concern whether moon tourists would faithfully follow the latest NASA recommendations regarding the protection of other planets from Earth-born bio-contamination, which is known as 'forward contamination'.