The End of Privacy
Social Engineering: How Cybercriminals Use Your Emotions to Hack You

In Bangladesh, nearly a million people work over twelve hours a day, six days a week, deprived of fundamental human rights and subject to inhuman torture. From dusk till dawn, they produce bricks for the booming construction industry without the hope of building their own house. RT Documentary gives you a glimpse of the life of the 21st-century slaves. To learn more, tune in to the premiere of the Brick Slaves documentary on Wednesday! 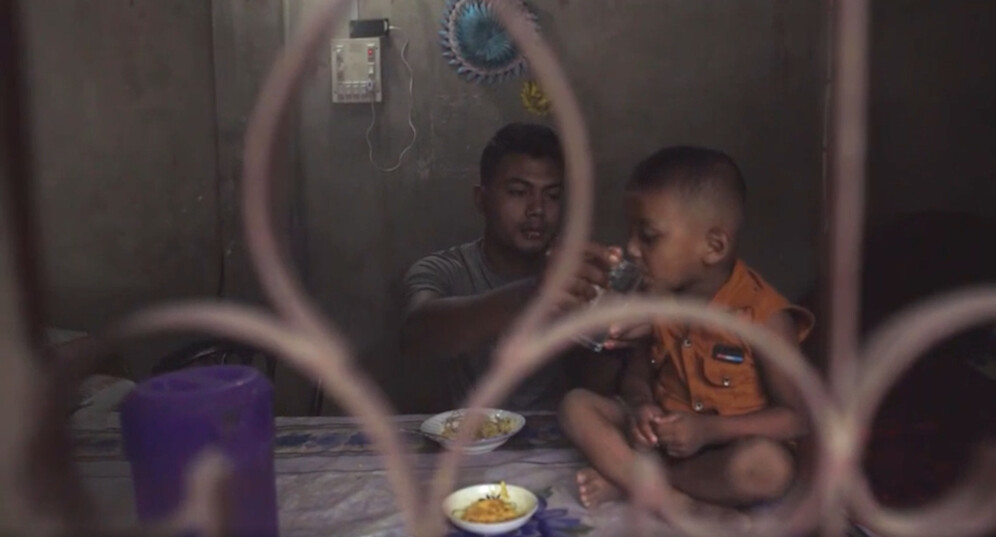 Mohammed is a brickyard worker from Noakhali, Bangladesh

Mohammed is 23 years old. He lives in Noakhali in Bangladesh, and as the eldest son in the family, he’s the only one who can help his father. To provide for the family, he works at a brickyard. Mohammed passed university qualifying exams not so long ago, but he’s never actually gone to study. Nurulamin, Mohammed’s father, worked at the brickyard, where he got injured.

“The thing is, in rich Hindu families, there have venomous snakes living in their houses — up to a few metres long,” says Nurulamin. “I was told there were no snakes in the rooms they stored acid in. So they asked me to get some acid, and the bottle exploded in my hands and burned my skin. They called an ambulance and brought me to a hospital. Now, my insides have melted.” After the accident, Mohammed had to replace his father at the brickyard. Nurulamin, Mohammed’s father, had to quit his job at a kiln because of an industrial injury

Over the last decade, Bangladesh has experienced a construction boom. With a population of around 160 million steadily growing, the country is faced with increasing demand for residential buildings: everyone needs a place to live.

With most of the population living in poverty, demand is high for cheap housing, so constructors do their best to reduce costs. One of the easiest ways to do this is to use inexpensive materials. As a result, there are plenty of factories producing cheap bricks. 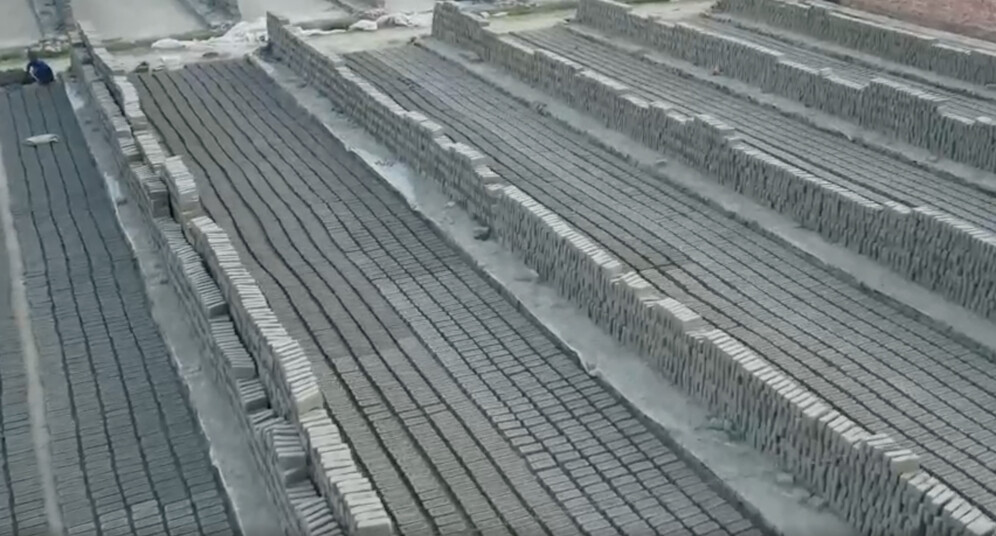 The Bangladeshi construction industry is booming

No one knows precisely how many such factories are scattered across the country. Estimates vary between seven and ten thousand. However, some sources claim the number has already surpassed fifteen thousand. Around 20% of them operate illegally, but even those operating under the law have working conditions far from being either comfortable or safe. Not only men work here, but women and children too.

Entire families or villages come to work at a brickyard to provide for themselves and their families. The work is seasonal: it is impossible to fire bricks during the rainy season because the rains flood the kilns.

The production process is easy. First, the workers quarry the loam at a clay pit and then bring it closer to the brickyard. Then they mix the clay with water to get a clay body and fill the wooden forms with it. Most of the production is done by hand. Indeed, some stages are done with mechanised tools, but only to boost production. Overall, today’s Bangladeshi brickyards are almost identical to 19th-century factories somewhere in the Western world. 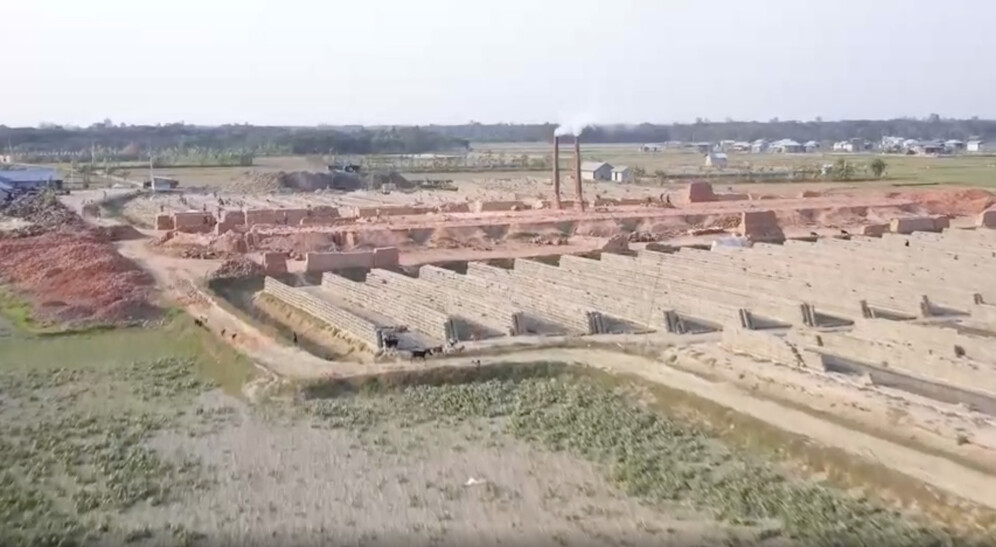 If you compare a brickyard from the mid-19th century to the one Mohammed works at, they would be almost identical

Mohammed started on the wrong foot at the factory. His crew had to work overtime, but the manager didn’t pay for the extra hours. So Mohammed decided to complain to the owner.

“I told the truth, but for that, they started hitting me with a stick. I begged them to stop, saying that I was sorry, but the owner kept hitting me until the stick broke. Then, he took another stick and went on hitting me. He wanted to put me into a kiln.”

By kiln, Mohammed means this kind of furnace. Workers put the already dry bricks into those and fire them for exactly 24 hours. If not for workers who stood up for Mohammed, nothing but ashes mixed with the brick dust would have left of him. 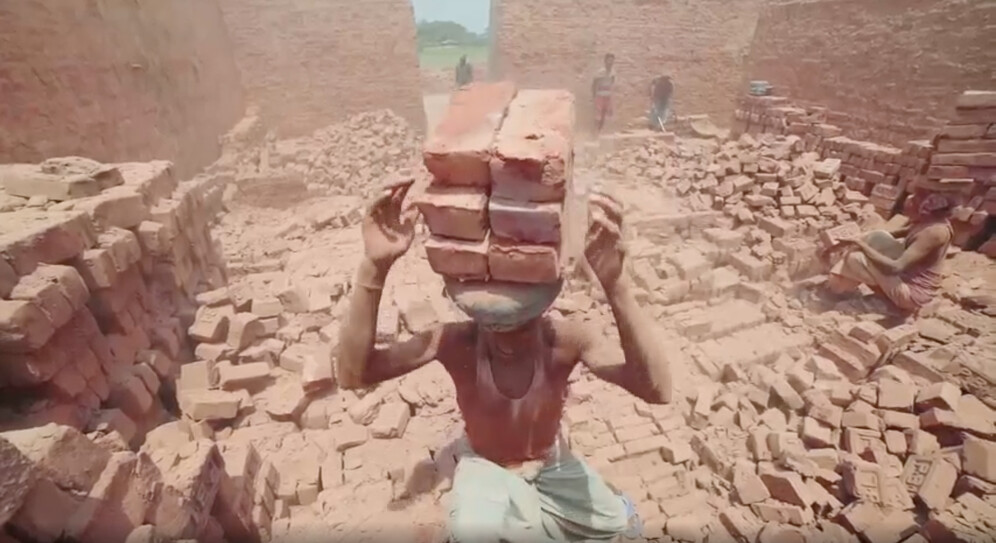 “They talk to you in a normal way at first, but their attitude changes with each passing day. You’re worse than a slave. I think, nowhere on earth do they talk to workers as they do here. They treat us like dogs. Even a dog means more to them than us.”

The workers are paid around $800 for six months, usually upfront. After that, they’re promised overtime pay, but generally, that means ‘never’.

The factory owner and the workers communicate through an agent who hands over the money, who guards the workers and often acts as the owner’s punishing hand that smites the workers. They often lock the workers up in the barracks, so they wouldn’t leave as soon as they receive the advance. Mohammed was one of those whom they kept locked up like a hostage or a prisoner. However, some workers managed to call the police.

“The police came at 12 pm”, recalls Mohammed. “We felt happy — we thought it was all over. We couldn’t even move because our bodies were aching. They wrote down everyone’s names and addresses. Then, suddenly, they got a call. Immediately after, the police dialled down.”

“Most likely, they got a call from their superior, who told them to leave. Hardly had the police left; they continued beating us. What can we do? They beat us — we endure.”

The vicious cycle of debt

Many brickyard workers find themselves trapped in an ever-lasting cycle of debt. For example, Md Rubel, a 25-year old Bangladeshi employed by the Niaz Brick kiln in Pirojpur, became a “bonded labourer” for the factory after his father died without repaying his loan to the brickyard’s owner. 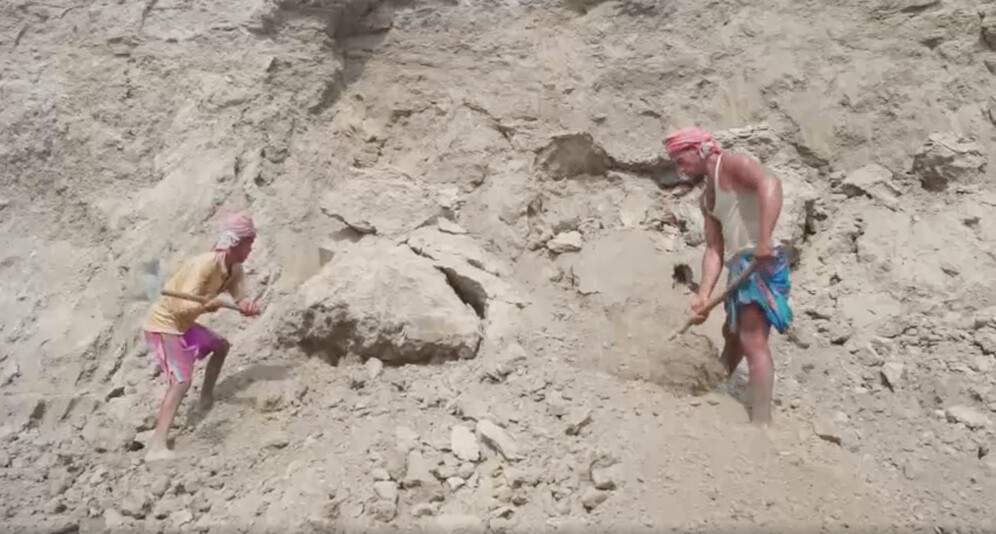 Many brickyard workers are trapped in a perpetual cycle of debt

Like Rubel’s father, many brickyard workers have to take loans from their superiors. Those who fail to pay it back have no choice but to sell themselves into slavery.

“My father got a pretty big loan during my sister’s marriage ceremony but could not repay it as his income was too little. Adding interest, the payable amount became hefty,” Rubel says.

In January 2021, four chained workers, including two children, were rescued from the Niaz Brick kiln by the police. Similarly, law enforcement agencies saved four workers from torture in confinement at FBM Brickfield in Bandarban Sadar Upazila a month before.

These are not occasional incidents but rather an isolated reflection of a broader disturbing trend. According to the Bangladesh Department of Inspection for Factories and Establishments (DIFE), in 2018 and 2019, about 50 workers a year were rescued from captivity, with up to 300 cases pending in the courts. However, considering Mohammad’s story about the police, these are likely to be only the tip of the iceberg. 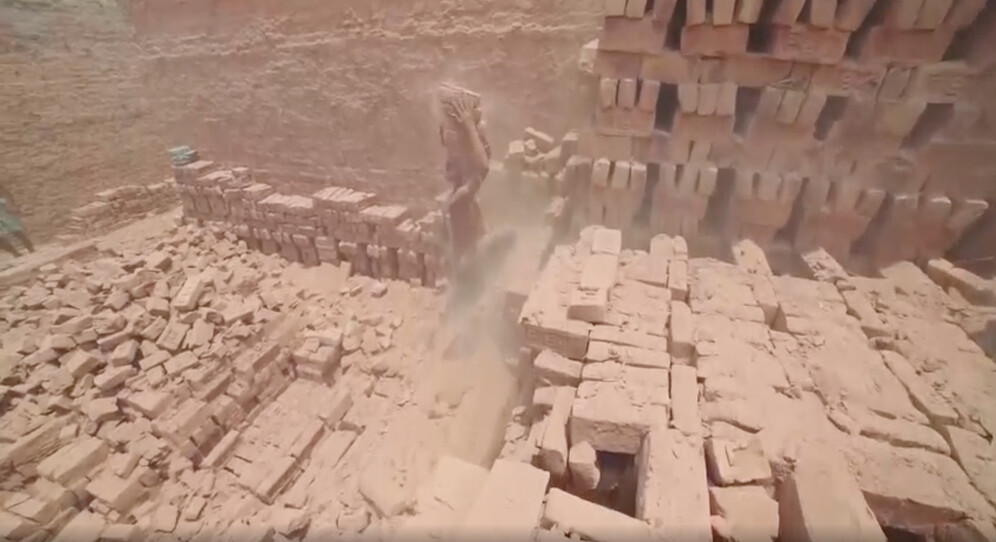 Meanwhile, government officials seem to be lacking in resources to address the issue.

“It is true that workers at brick kiln face torture, forced to work against their will. We can hardly monitor the incidents or take the initiative to prevent violation of human rights, as we have a shortage of manpower,” said Md Ejaz Ahmed Jaber, inspector general (acting) of DIEF. “We have 10% less staffers than required. However, we suspended operation of 60 brick kilns across the country due to violation of labour laws,” he added.

“There are very few labour courts in the country, so it is difficult for the workers to get legal support,” says Taqbir Huda, research specialist at the Bangladesh Legal Aid and Services Trust (BLAST).

“On the other hand, brick kiln workers face chronic diseases but hardly get compensation as they have no appointment letter by the owners.” 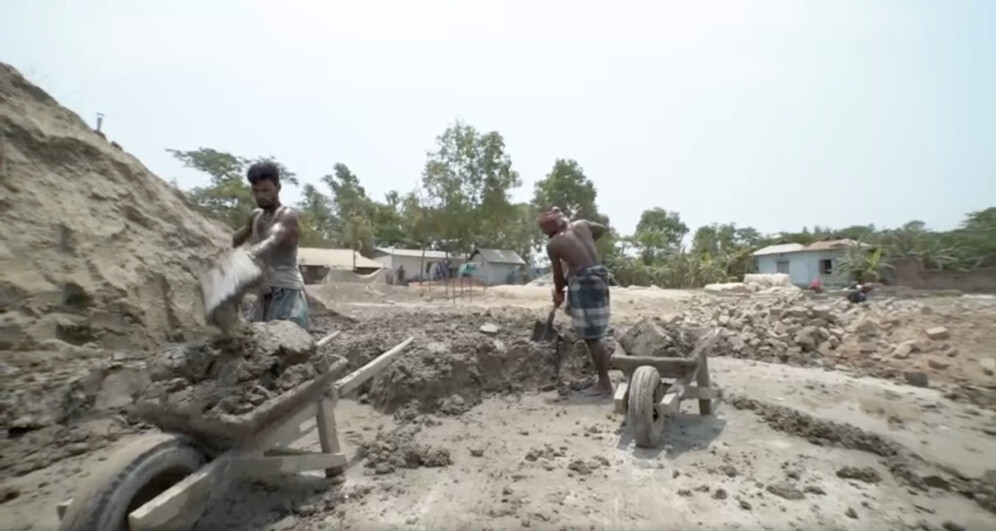 Bangladesh is lacking in labour courts, so workers are struggling to get legal assistance

A glimpse into the backstage

“The making of the Brick Slaves documentary was a pretty interesting experience,” says Andrey Molodykh, the writer and director of the movie. “Because of the pandemic, we couldn’t go to Bangladesh, so the movie had to be filmed by a stringer; that is, we needed to manage the whole filming process remotely.”

Making a documentary remotely is always a challenge, but this one turned to be particularly tough. As all the protagonists were interviewed in the Bango language, the director had to thoroughly question the stringer in English all the time to make sure the interviews were complete. In the end, they turned out to be insufficient, so much of the story is told off-screen.

Nonetheless, Andrey Molodykh believes the Brick Slaves is an example of a high-quality movie made remotely. He says RT Documentary was very lucky to have recruited a talented local cameraman.

“As for the issue touched upon in the documentary, it has been on top of local agenda for quite a long time and remains so,” concludes Andrey Molodykh. “All the data presented in the movie has been double-checked and does reflect the actual situation”. 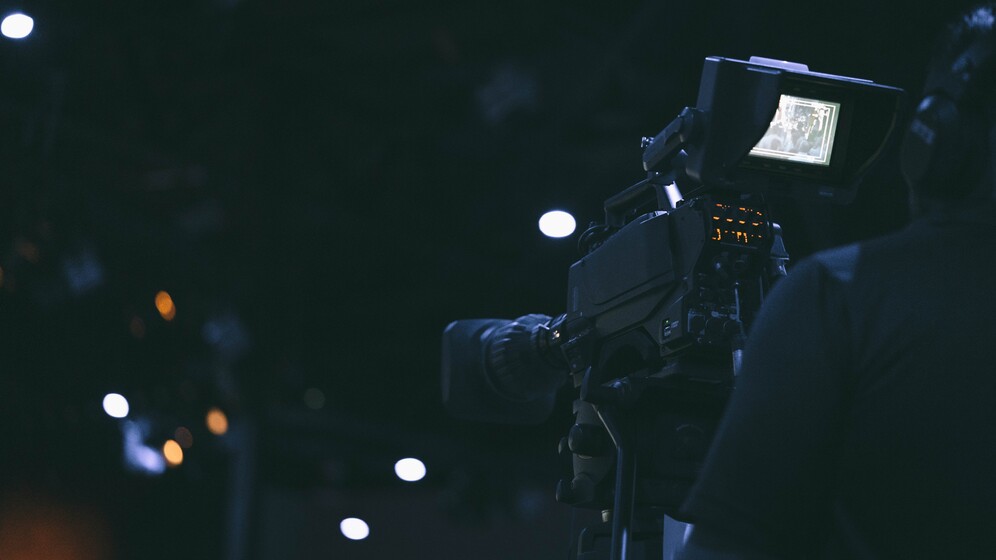 Because of the pandemic, the Brick Slaves documentary was filmed by a stringer

To learn more about the hardships of brick workers, see the premiere of Brick Slaves on Wednesday on RT Documentary!