Comandos de Salvamento: Young paramedics save lives in gang-wracked streets of El Salvador
‘Ghosts’: Albino Africans discriminated against due to colour of their skin

An Israeli army veteran who lost a daughter in a suicide bombing visits Israeli high schools to talk about the necessity of reconciling with the Palestinian people. The son of Zionist holocaust survivors organises demonstrations protesting Israeli settlements in the occupied territories. An elderly Israeli woman who remembers the horrors of daily bombings by Arabs after Israel’s founding in 1948 monitors checkpoints to make sure Palestinians aren’t being abused by Israeli soldiers.

What motivates these people to advocate for the rights of a people seen as ‘the enemy’ by an overwhelming majority of the Israeli public?  What prompted these ‘peace fighters’ to join activist groups seeking reconciliation despite their past experiences? Where did the Israeli peace movement come from?

The Rise & Fall of the Israeli Peace Movement

The Israeli peace movement was born in the late 1970s after Egyptian President Anwar Sadat signed a treaty that ended the state of hostility between Israel and Egypt and normalised their relations. In exchange for peace, Israel withdrew all its troops from the Sinai Peninsula, which it had captured during the 6-day war of 1967, and returned it to Egyptian sovereignty. In the 1980s and 1990s the idea of exchanging captured territory for peace gained momentum. Newly formed activist groups championed the cause under Labour governments, while conservative elements in Israeli society argued that the occupied lands rightly belonged to Israel. 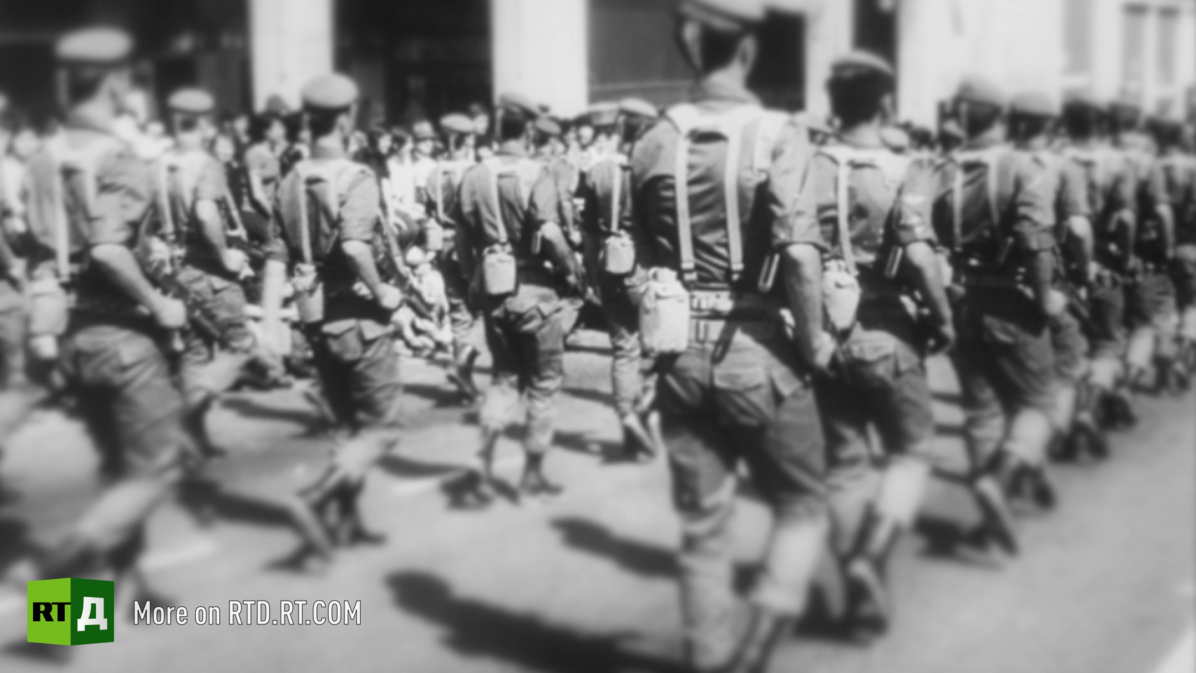 However, the peace process suffered a major setback in 2000, when the Camp David Summit hosted by US President Bill Clinton collapsed without an agreement. This failure was almost immediately followed by a Palestinian uprising dubbed the Second Intifada, which raged for more than four years. Prospects for peace deteriorated further after Israel pulled its troops out of the occupied Gaza Strip in 2005 only to have the Islamist political party Hamas, which Israel considers a terrorist organisation, almost immediately elected to govern the territory in a landslide victory. With the increasing strife, conservative political forces in Israel rose, while the peace movement withered. Today, the Israeli peace movement is a ghost of its former self, made up of a hodgepodge of NGOs, activist groups, and political parties that are becoming less and less popular. As their numbers have shrunk in recent years, the peace activists have become more radicalised and their focus has shifted somewhat from trading land for peace, to exposing human rights violations in the occupied territories. Here are some of the major participants:

Peace Now – one of Israel’s oldest and most prominent groups dedicated to a two-state solution to the conflict. Founded in 1978, it still organises demonstrations against Israel’s occupation of the Palestinian territories and monitors Israeli settlements there.

B'Tselem – the Israeli Information Centre for Human Rights in the Occupied Territories. It focuses on exposing the injustice, violence and dispossession caused by the occupation by documenting and publicising human rights violations. It was founded in 1989. 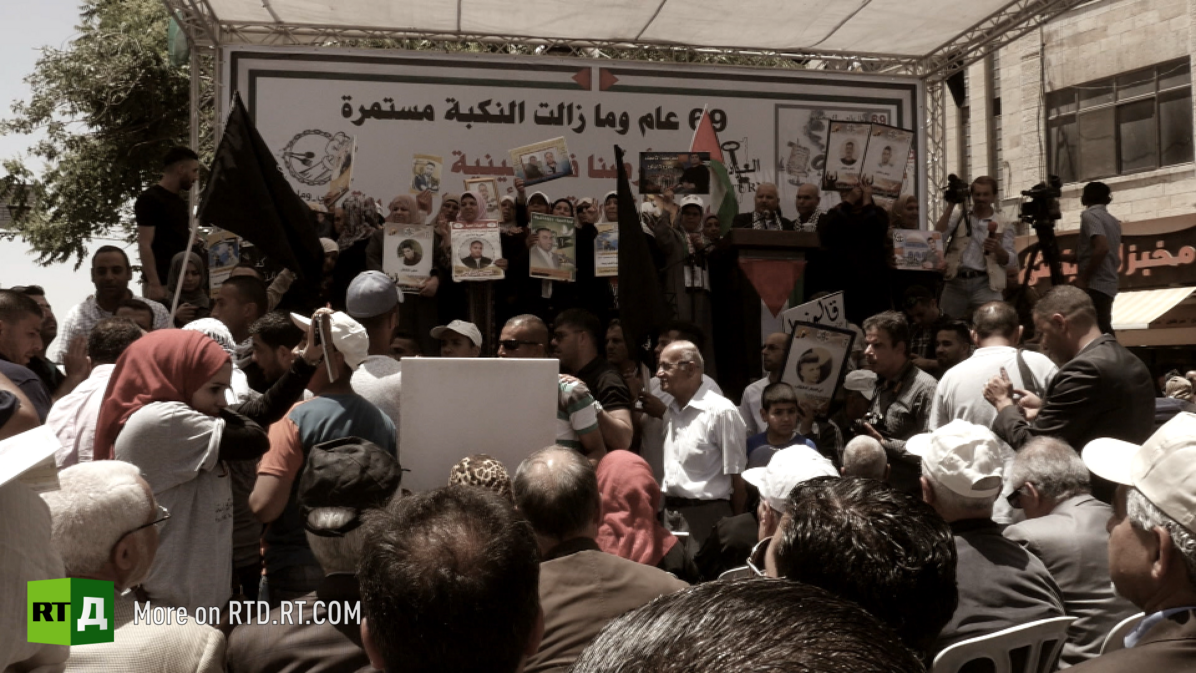 Meretz – a left-wing Israeli political party that promotes peace between Israelis and Palestinians based on a two-state solution. It seeks to freeze construction of Israeli settlements on the West Bank and protect human rights in the occupied territories. The party has lost half its seats in the Knesset since its heyday in the 1990s. 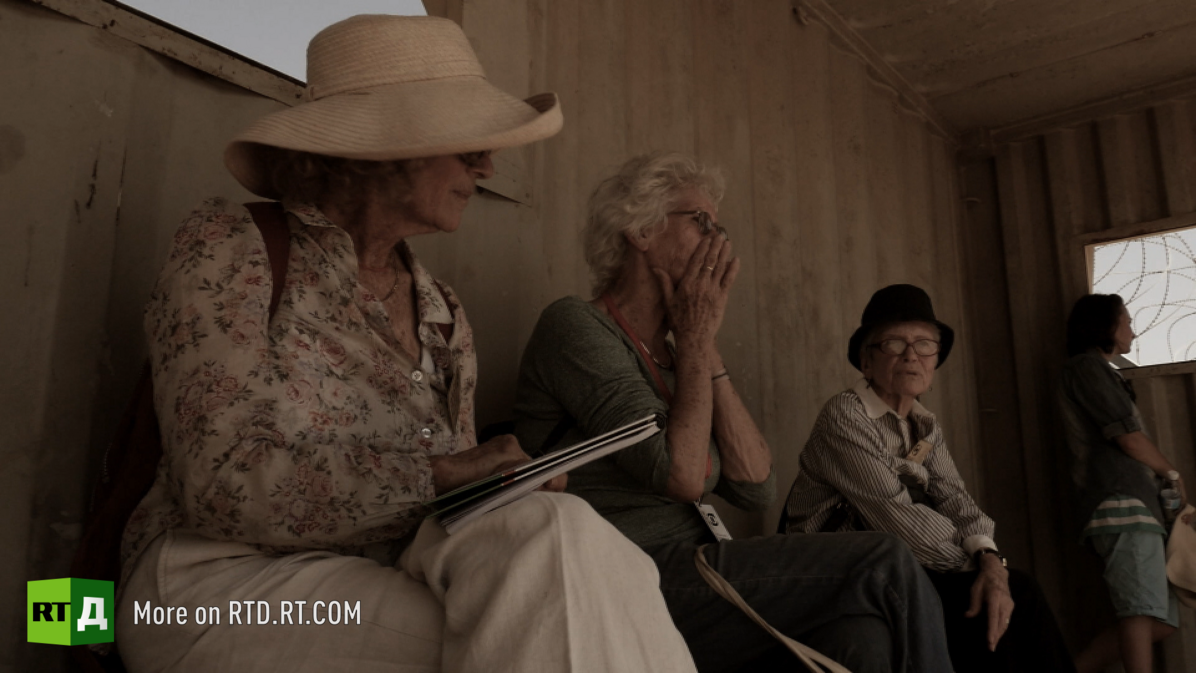 Gush Shalom – is considered one of Israel’s more hardcore peace groups. The ‘Peace Bloc’ organises protests and engages in direct actions, such as helping Palestinians rebuild houses bulldozed by the Israeli Army (IDF) and harvesting olives for Palestinian villagers prevented from entering their groves by Israeli settlers. It was founded in 1992. The Parents Circle– is a joint Palestinian-Israeli organisation of over 600 families that have lost a close member in the prolonged conflict. It brings Israelis and Palestinians together to ease their bereavement through dialogue. Members also give lectures at Israeli and Palestinian high schools to promote reconciliation. Their goal is to create a grassroots organisation promoting tolerance and a desire for peace. The group was established in 1995. 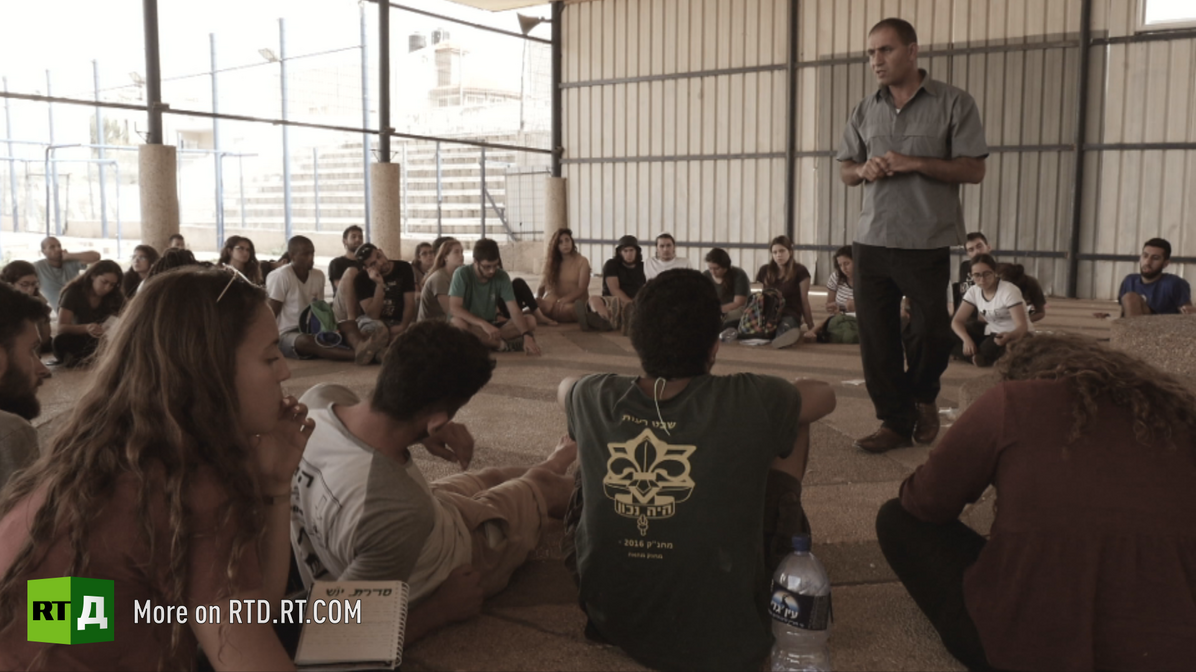 Machsom Watch – is a peace organisation made up of Israeli women that opposes the Israeli occupation and settlements. Its members monitor West Bank checkpoints, separation fences, agricultural gates, military courts, and Palestinian villages on a daily basis. The group has been documenting and sharing their observations since 2001. 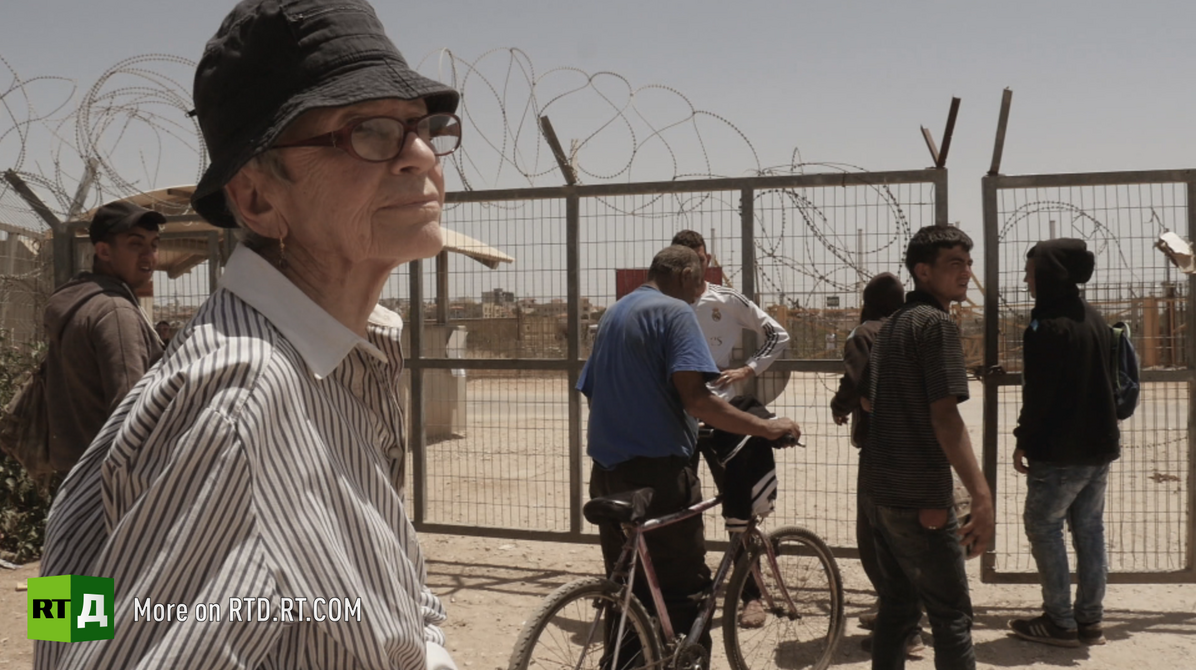 Breaking Silence – a group of veteran Israeli soldiers that collects and publishes testimonies from soldiers who have served in the West Bank and Gaza. They also conduct tours of Hebron for Jewish Israelis and hold lectures, house meetings, and other public events to expose the Israeli public to the reality of everyday life in the occupied territories. Their goal is to stimulate public debate on the human price of the occupation for both sides. The group formed in 2004. 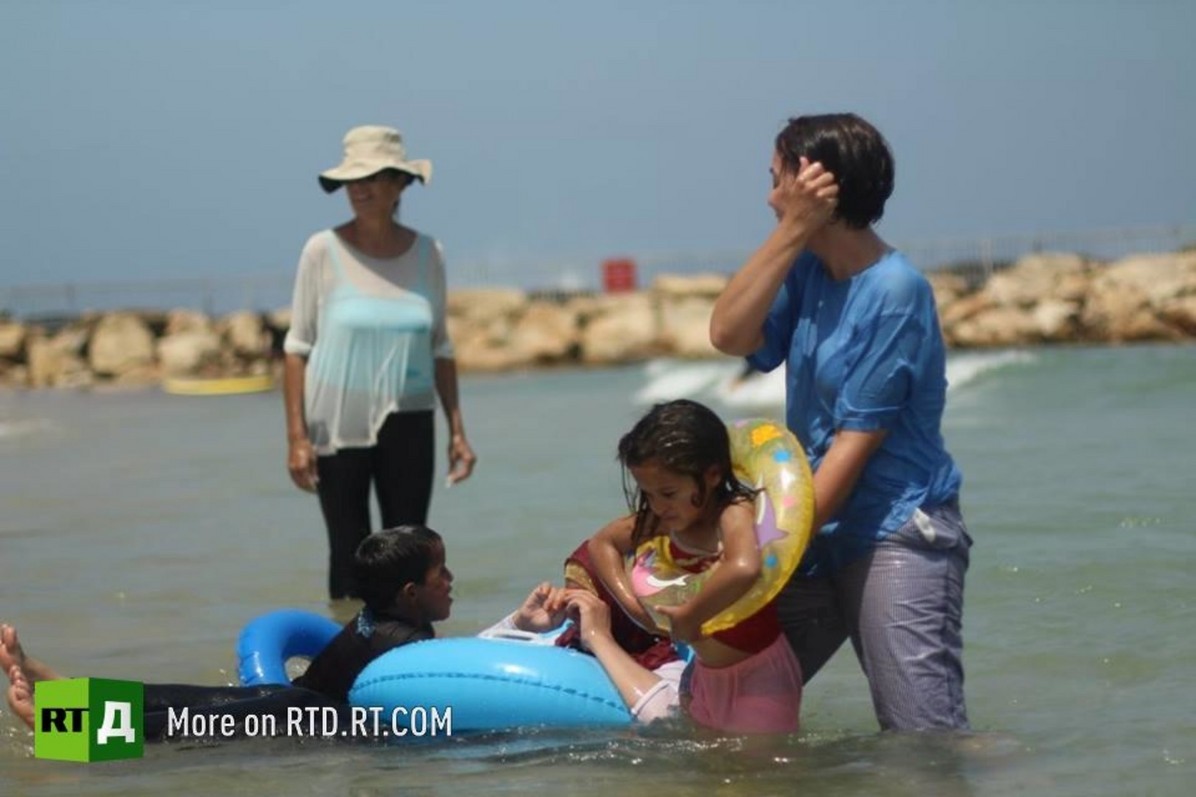 Israeli volunteers take Phalestinian kids to the beach. Most of the children had been near the sea. © Tani Goldstein

The activists know that they face a steep uphill battle in turning the current tide of Israeli public opinion. Israel’s conservative government and mainstream media put out a constant stream of information condemning the Palestinians and justifying the occupation. Peace demonstrators are heckled and even spat upon by their fellow countrymen and denounced as ‘traitors’ in social media. Nonetheless, these activists consider themselves true patriots.  They are firmly convinced that the only way to secure their country’s future as a Jewish state is to end the occupation and allow the Palestinian people to establish their own independent and sovereign country. 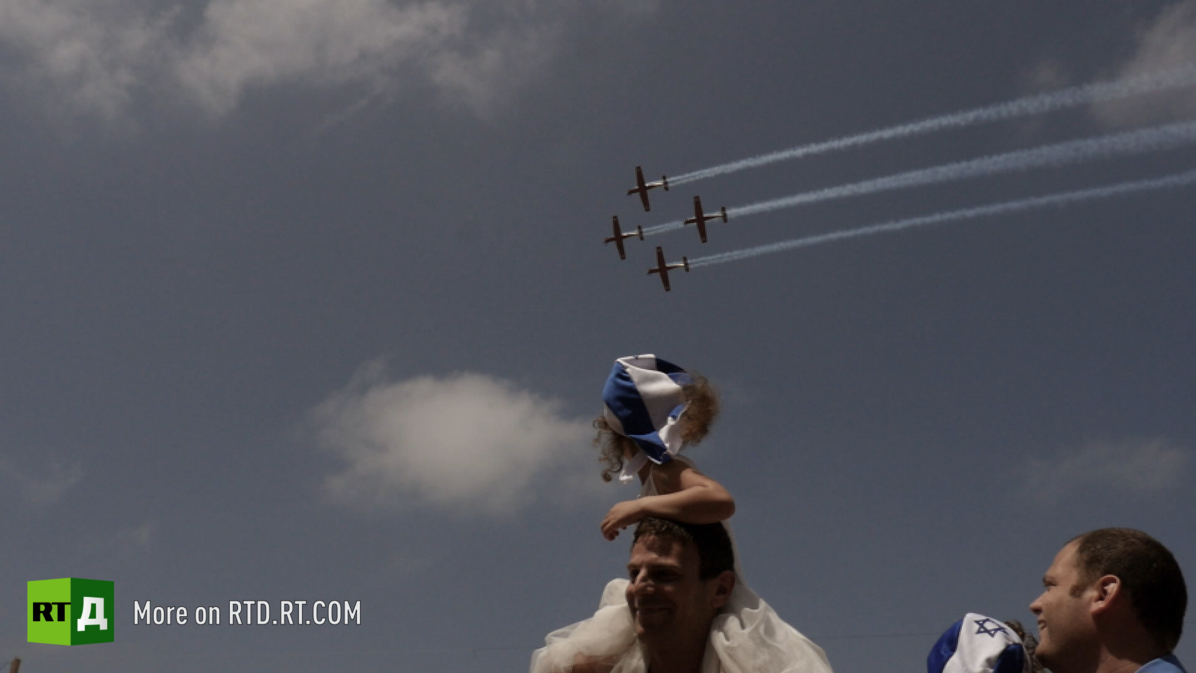 *** A special word of thanks to Tani Goldstein for providing valuable insights for this article. Mr. Goldstein is a partner in Wegner & Goldstein, which provides PR advice for political movements and NGOs.