COVID-19 coronavirus : Should we be scared?

The rapidly spreading coronavirus in early 2020 is a story with all the ingredients of a good horror movie. The exponential spread of a mysterious disease, the contamination of at least 65,000 people in less than two months, a death rate similar to that of cholera and a bigger metropolis than New York in lockdown. Pleasure-seekers are trapped on cruise-ships denied entry to ports and confined to their cabins as the number of infections soars. A “super-spreader” carries the disease halfway round the world from China to France and then to Britain. Borders are closed as empty planes depart from Hong Kong with international trade on hold.

Add to all of that the fact that the epidemic originated at the heart of an economic superpower in Wuhan, one of China’s main cities, whose rise has put its competitors’ noses out of joint. The coronavirus has managed to generate a compelling blend of dread and glee.

But how dangerous is the virus, and how scared should we really be?

What is the coronavirus?

Coronaviruses are a class of germ with a distinctive crown shape, which cause respiratory infections, mostly the common cold. Sometimes though, symptoms are much more severe, including pneumonia and respiratory distress, and can be fatal. 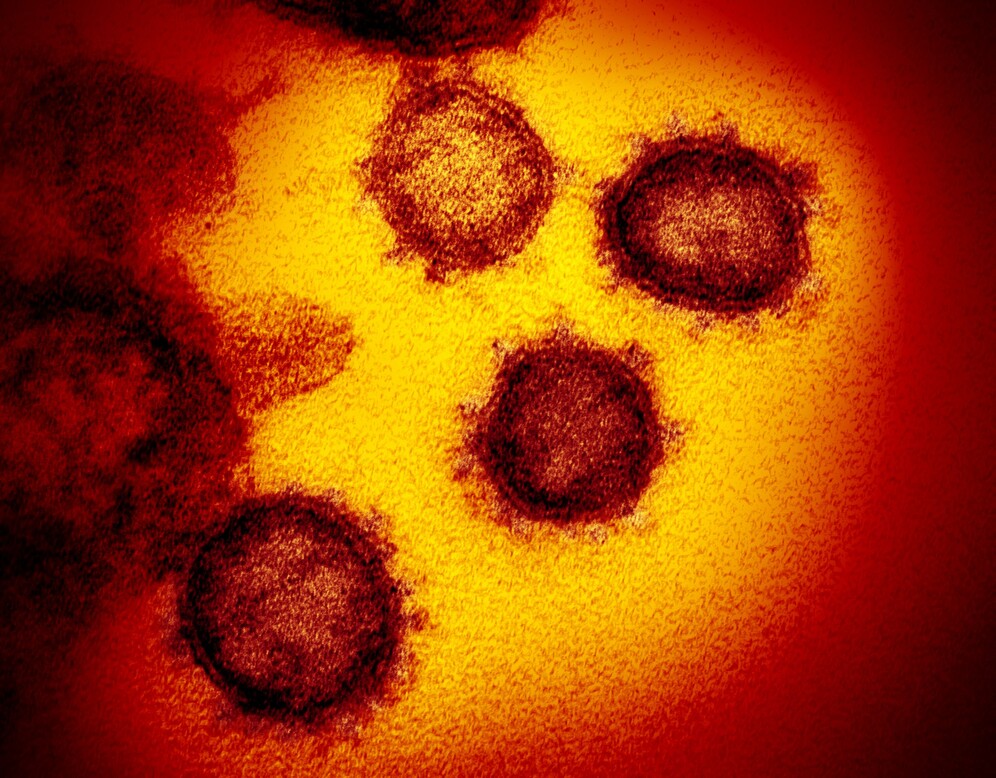 The National Institute of Allergy and Infectious Diseases' (NIAID) Rocky Mountains Laboratories (RML) has relased pictures of COVID-19. This one shows the distinct crown shape of the virus. Credit NIAID-RML

The WHO (World Health Organisation) gave the Wuhan coronavirus an official name on 11 February, COVID-19.

Since the turn of the century, coronaviruses have attracted attention for two reasons. First, they are believed to have mutated from viruses found in animals, and passed onto humans, and second, fatality rates for the SARS and MERS strains of coronavirus were alarmingly high.

To put that into perspective, the normal fatality rate for seasonal flu in the United States is 0.1%.

Did it really originate in a lab?

The Washington Times has floated the theory that the coronavirus may have originated in a Chinese laboratory, the mentioning  “Wuhan Institute of Virology, which houses China’s sole Level 4 secure laboratory for conducting research on deadly viruses” as a possibility.

According to the Lancet medical journal, however, it is more likely that the disease originated in bats. Pangolins, which are sold illegally at the live food market in Wuhan, are also cited as possible suspects. 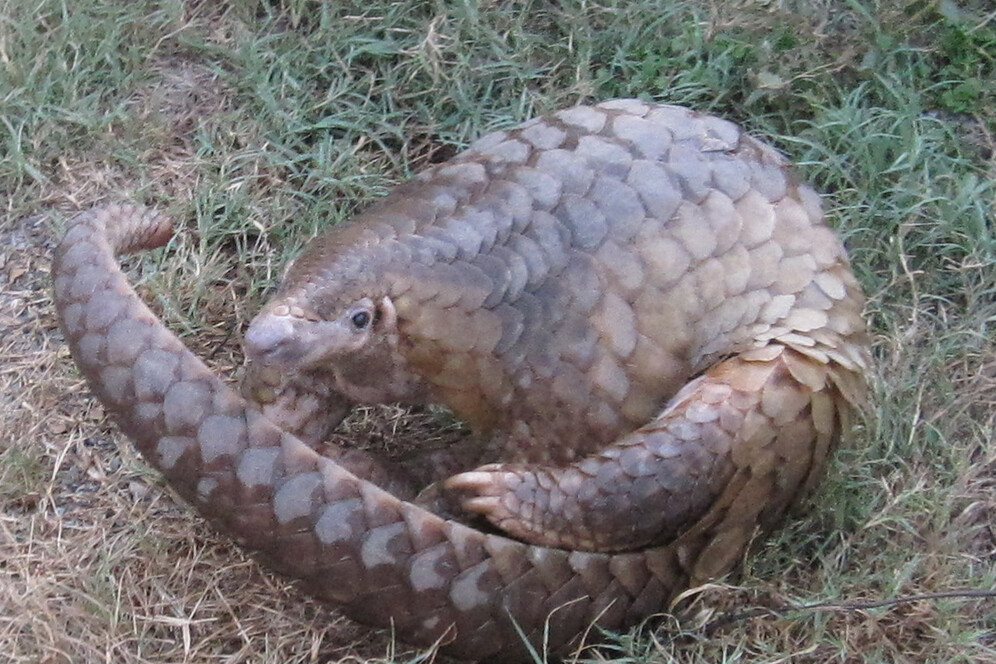 Pangolins or ant eaters are suspected to be one of the carriers of the coronavirus. Credit Wildlife Alliance.

How dangerous is the COVID-19 coronavirus?

As Zhou Enlai, the Chinese Communist leader, is alleged to have answered when questioned about the impact of the French Revolution: “it’s too early to say”.

Two factors determine the danger level of a disease: how deadly it is, and how contagious it is.

On 4 February, the Chinese government announced a fatality rate of 2.1%, by comparing confirmed cases and deaths. This is much lower than SARS or MERS, but similar to the fatality rate of the infamous Spanish flu that killed at least 50 million people in 1918-1920, more the First World War did.

However, the COVID-19 fatality rate may be an underestimate, since there are infected people who may still succumb to the disease, increasing the death toll. On the other hand, the number of cases was probably initially underestimated, because patients with very mild symptoms may not have gone to a doctor, and not everyone with symptoms will have had laboratory tests to confirm which virus had infected them.

On 13 February, the Chinese government changed its criteria for counting cases: now, everyone presenting with clinical symptoms is included. This measure was intended to get them earlier medical care, but has caused a leap in cases from 45,000 on 12 February, to 60,000 the next day, with another 5,000 cases announced on 14 February. 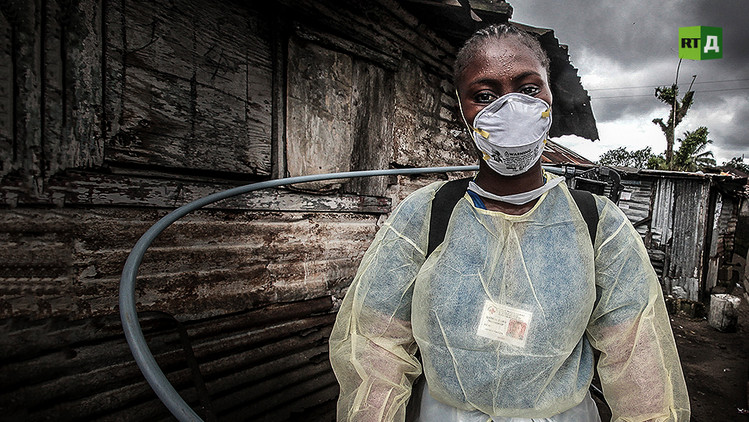 Ebola: Surviving Survival. Stigma & shame in the wake of disease

As for the spread of the disease, the WHO estimates that each infected person may pass the disease on to 1.4 to 2.5 other people. This estimate may be conservative, but it is enough to generate an exponential rise in the number of infected people resulting in millions of deaths, even if the disease is rarely deadly.

This explains the drastic measures being taken to confine the disease to Hubei province in China, where it originates. Public transport to and within Wuhan, a city of 11 million, has stopped. 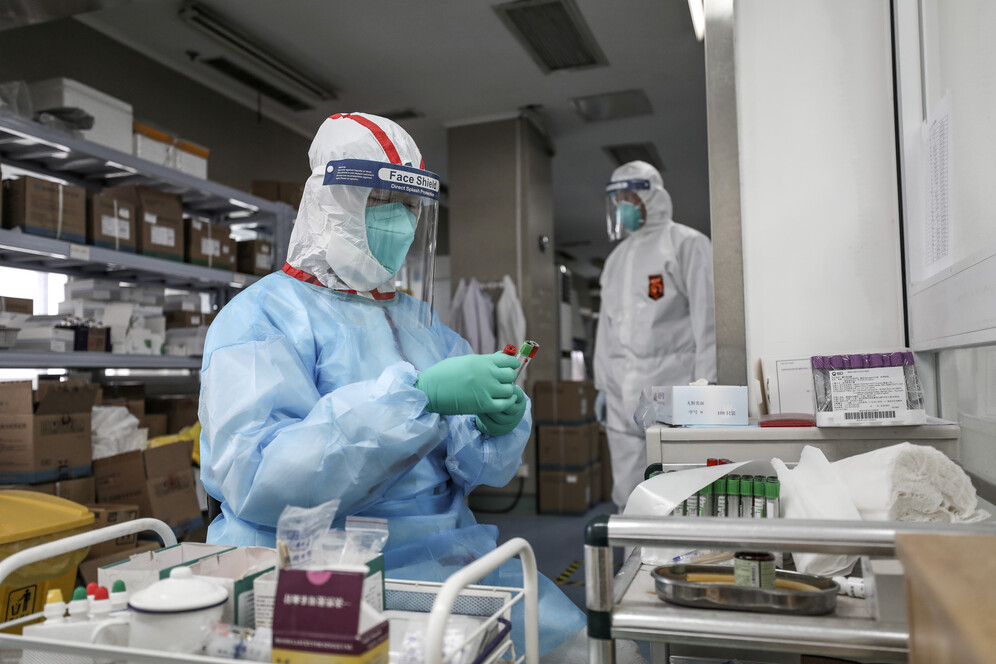 A medical worker in protective suit prepares for an RNA test at Jinyintan hospital in Wuhan, the epicentre of the novel coronavirus outbreak, on February 13, 2020. Credit China Daily via REUTERS

Should I be worried, and should I wear a facemask or avoid mail order from China?

If you’re an older man who has been in direct contact with people from Wuhan, yes!

So far, men have been twice as likely to get the disease as women. Among the dead have been mostly middle aged and older men in poor shape, with underlying medical conditions such as diabetes. Cases outside China have mostly concerned Chinese citizens and people who have travelled back from the country.

Facemasks may not do much to protect you, however.  The disease is transmitted through water droplets, that is, by coughing. Infected patients can protect others by wearing facemasks, but wearing one can’t prevent you from being infected. 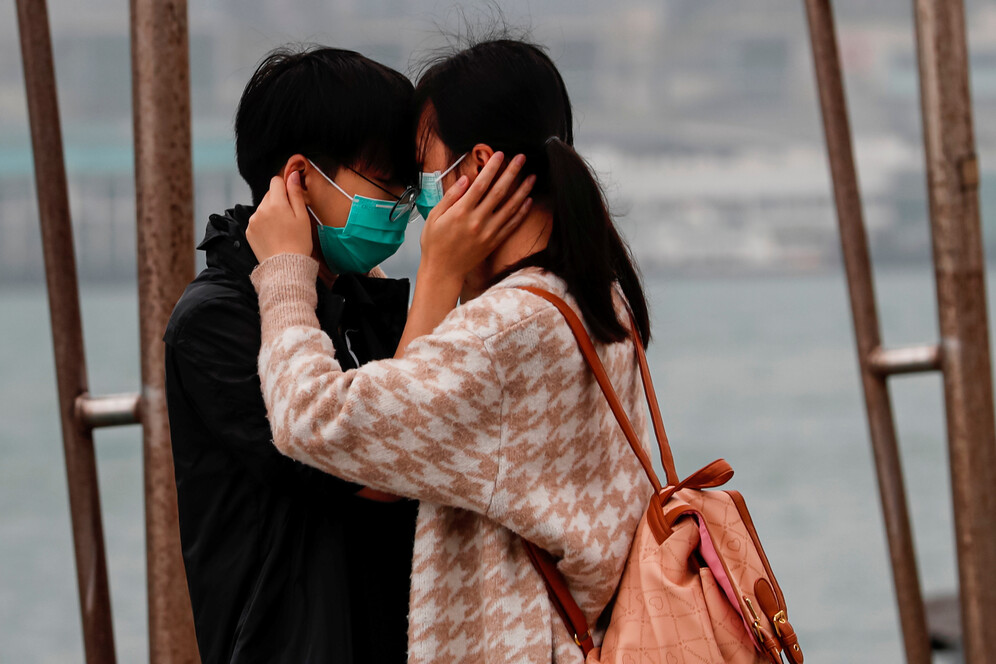 The opposite of what you should be doing. Valentine’s Day in Hong Kong, China February 14, 2020. REUTERS/Tyrone Siu

Frequent hand washing is a more effective means of reducing the spread of the virus along with avoiding shaking hands and kissing.

The good news for bargain hunters is that it’s still safe to buy online from Chinese companies: “People receiving packages are not at risk of contracting the new coronavirus. From experience with other coronaviruses, we know that these types of viruses don’t survive long on objects, such as letters or packages,” states the WHO. That’s a relief!