Welcome to the Club(house) — the hottest app you haven’t been invited to!
Covid-19 vaccine skepticism among medics: Should we be worried, too?

Though usually it’s women who are constantly fighting extra ponds, today men and their attitude to weight have also come into the spotlight. Just like women, modern men often think of their looks and control weight keeping to diets. The story of Paul Mason, once world’s heaviest man has been conquering hearts of millions around the world. He dropped 305 kilos in the name of love, but the family bliss didn't last long. After all the troubles Paul had gone through in the course of his six-years-therapy, he once again began gaining his kilos back.

Despite government campaigns around the world, the WHO estimates that, in the most populated countries, excess weight is a bigger killer than being underweight. Australian sociologist Deborah Lupton has studied the problem for years and developed theories about why men are reluctant to lose weight, and how the fight against it might actually be adding to the world’s obesity epidemic. 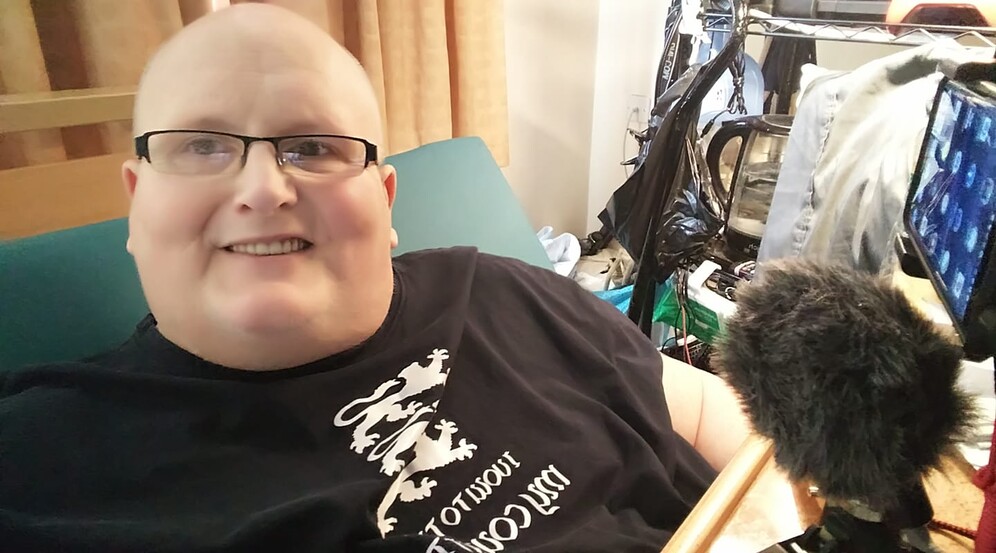 Paul Mason, 60 got addicted to junk food after spending almost 10 years fighting life threatening overweight / Paul Mason, Facebook
"I know I am in the last chance saloon, you can oly push your body so far before it starts kicking back at you, I have ­definitely got to do something."

When at home in England, Paul Mason felt it easier to reminisce the bygone. A man who could never get out of bed, and weighed almost half a tonne, went through the hoop. Things got so bad, firefighters had to remove a window from his home and then use a forklift to lift him out onto an adapted five tonne ambulance. Being the world’s fattest man Paul challenged his food addiction and had to bear several horrifying operations in the US to acquire the socially acceptable look. The whole world watched him struggling. The most devoted fan was his beloved, and she became the prime reason for Paul to agree to the hardest path he’d ever taken.

Certainly, Paul's case is no doubt extreme. If he had not stood against obesity his fate would have been typical for  the overweight people. Basically it’s a heart attack and in Paul’s case the risk was too high to keep a blind eye. 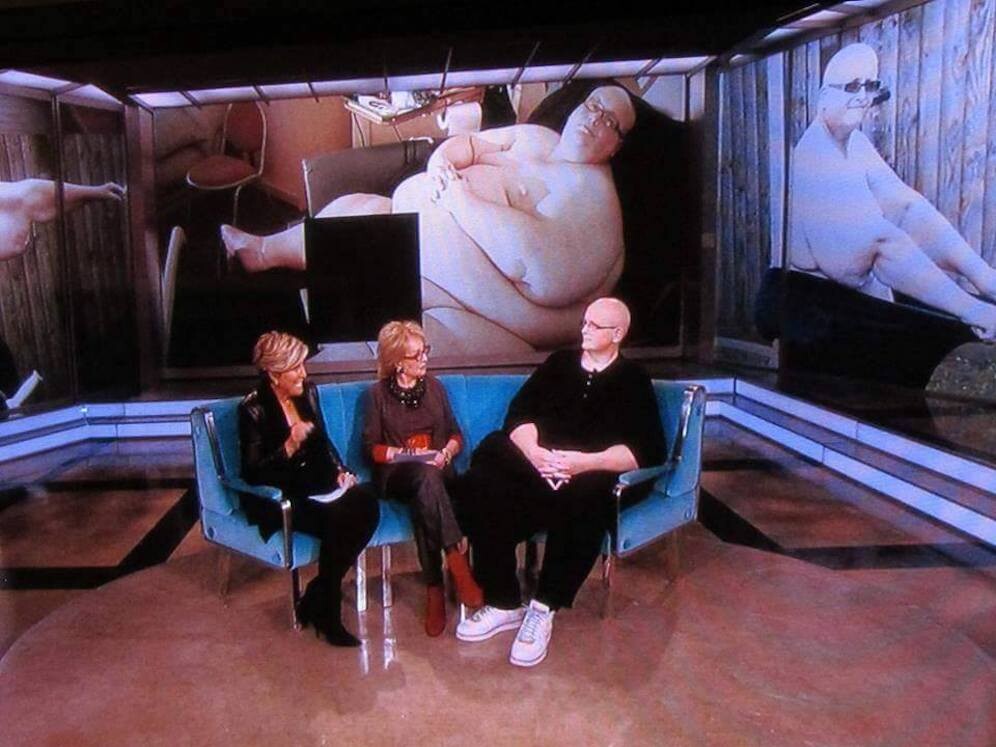 Nevertheless, Deborah Lupton suggests the fat man’s psychology is formed long before the dangerous symptoms develop. First stigma experince, many who suffer from obesity have to cope with disgust and contempt shown towards heavy male form. Overweight men themselves are often unwilling to resort to weight-loss strategies like dieting. Male beauty stereotypes entwined with massive fat shaming divide the community.

Beside that, weight watching practices have over time earned themselves a reputation as purely feminine. Beauty products and diets have been for long associated solely with women’s obsession with appearance. Subconsciously men reject beauty services, suspecting them of having ‘shameful’  ties with homosexuals.

Lupton says obese men are perceived to be asexual due to the body’s plumpness which is accosted with immature, childish complexity. Fat men are not masculine enough to advance male libido. It is also believed that they are unable to attract new sexual partners. In popular culture, an obese man is often portrayed as either a monster with suppressed sexual desires, or a pitiful character whose feelings are always left ignored.

Paul Mason, the former UK postman, started his transformation in 2009 when arrived in the US to undergo gastric band operation. He planned to start a new life there with his girlfriend. Together they practiced various weight loss programs and step by step he has reached his ideal weight in 2015.

Instead, It was such a horrible life, really. Back then, I didn't want to ask for help. Now I look back on it, I don't know if I can relate to the person lying in the bed. To me, now, I'm a different person."

After that Mason and Mountain broke up. According to Paul, the reason for the breakup was "a lack of motivation to continue the relationship." Mason became addicted to junk food again, fell into depression and began to gain weight. When his US visa expired, Paul returned back to the UK, hoping the National Health System wouldn’t let him lose control over his kilos.

They Call Themselves Fat Bastards

Research on male weight loss club members in Northern England shows that fat men tend to attribute excess body The British sociologist Lee Monahan has interviewed a group of men from Northern England. They used the term "Fat Bastard" to describe themselves and other obese men. Sometimes they used this expression with pride, but more often in a derogatory sense, meaning a lack of self-control and physical attractiveness.

The term "Proud Fat Bastard" was for the first time coined by the group of obese British web users who see their physiology coming from their passion for delicious food. Monahan also notes that some of those who call themselves "Fat Bastards", do that to show their disregard towards the widely shared idea of staying healthy through strict deprivation. 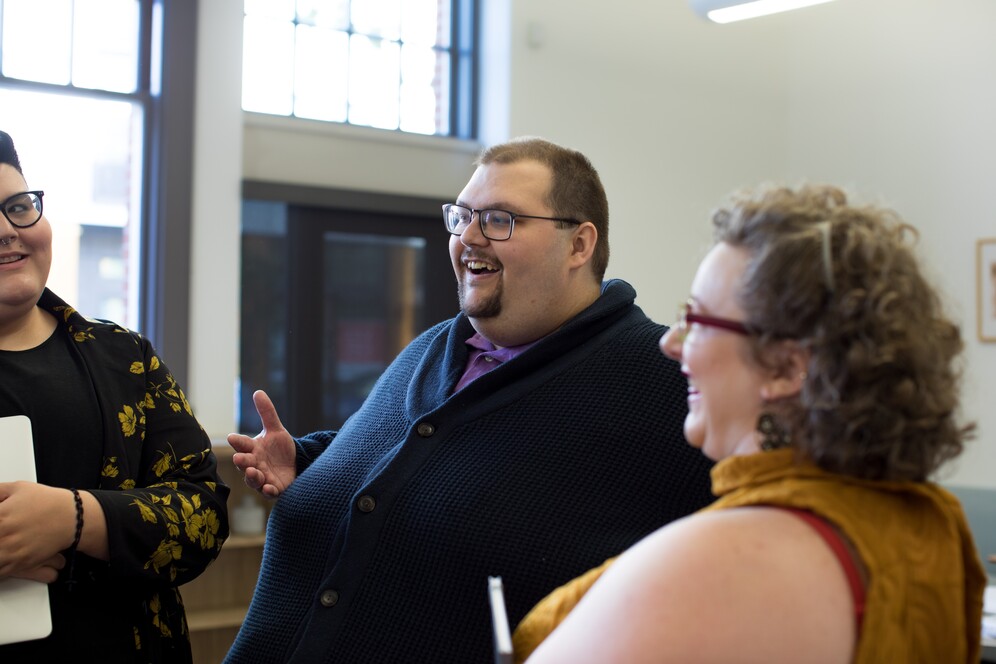 According to the WHO, obesity has reached epidemic proportions globally, with at least 2.8 million people dying each year as a result of being overweight / Unsplash

For years medical experts have been ringing alarm over the risks of obesity becoming the major problem of humanity. Once associated with high-income countries, obesity is now also prevalent in low-and middle-income countries.

Lupton sees this long-standing crisis as nothing more than a PR campaign. She defies the commonly shared opinion that obesity can’t go along with the modern society. Moreover she blames the media for igniting hatred and 'demonising' normal people whose proportions exceed the actively promoted patterns.